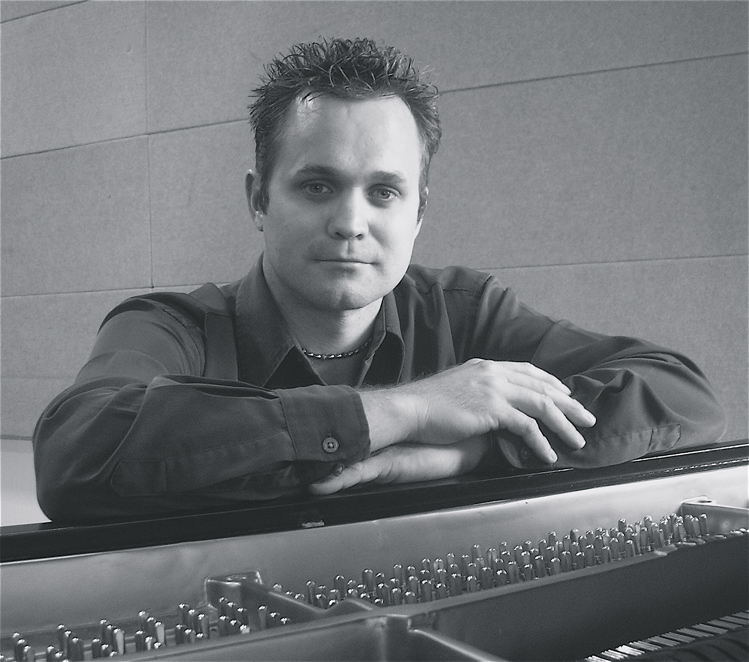 Concerto for Piano and Orchestra
0:00
My Concerto for Piano and Orchestra uses symmetry as a controlling factor throughout most of the piece. It is centered on the pitch D, and more specifically D4. Therefore, most of the resulting harmony can be related to this vertical symmetry. Oftentimes this approach can lend itself to extreme dissonance. However, I sought out consonant-sounding symmetrical harmonies to contrast with the more dissonant and strident harmonies. This battle between the two forces of consonance and dissonance, each sharing the same tonal center, is an overriding feature of the work. Sam Houston State University Symphony Orchestra Carol Smith, conductor Trent Hanna, pianist
whim (alto sax, vibes, piano, and cello)
0:00
Notes for whim Dedicated to my brother, Devon Hanna whim was composed while a resident at Djerassi Resident Artists Program in Woodside, California the summer of 2007. While hiking through the desert hills and redwoods of Djerassi, I would come across different unique and inspiring sculptures. One of my favorites is a yield sign welcoming visitors and residents as they approach the complex. The sign reads not only “yield,” but “yield to whim.” This message and my time at Djerassi became my inspiration for the piece. Beginning with a meditative, slowly developing idea in the piano, the other instruments leisurely join in, and the piece whimsically goes where it chooses. The main idea of the piece (and climax) is the idea of just letting go – let life and everything take you where it may. Or, in other words, it’s not about the destination, but the journey.
Tetrasomia (String Quartet No. 1)
0:00
Tetrasomia, or Doctrine of the Four Elements, was written by a fifth-century Greek scientist and healer named Empedocles. In it, he institutes that the beginning of time began with the four elements completely unified in a sphere. This perfect sphere is attributed to Philotęs (Love), but Neikos (Strife) appears and scatters the elements throughout the universe. Eventually Love will gain control again and a new sphere will be formed.
...at a loss for words...
0:00
Dedicated to the victims of the 2004 Tsunami. Scott Plugge, saxophones Matthew McInturf, conductor