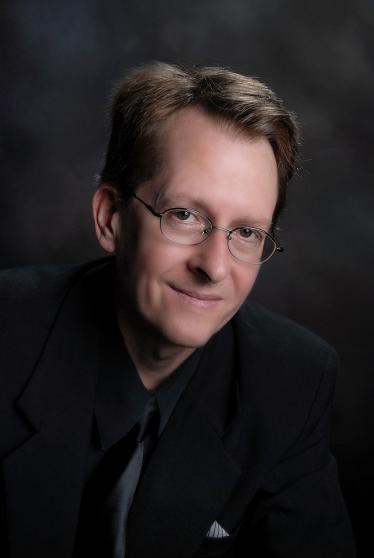 Keith Dippre was born in Ancon, Panama in 1960. He received his undergraduate degree from Azusa Pacific University in California and his M.A. from California State University at Los Angeles. For roughly eight years, prior to beginning doctoral studies in composition at Ohio State, he played the resort and nightclub circuit on the West Coast and was a multi-keyboardist in the hip-hop oriented "Raw Nature." While living in California, he had the privilege of opening concerts for artists such as Debbie Gibson and doing studio work with popular jazz saxophonist Boney James. While at Ohio State, Dippre was the recipient of the Ruth Friscoe award for composition (1998) and was Composer-in-Residence with the Ohio State University Symphony Orchestra (1999). He made his festival debut as accordionist in OSU's Contemporary Music Festival 2001 playing the Lucas Foss piece "Curriculum Vitae with Time Bomb." Dippre's composition, "Chorus of Cows," was given its Columbus premiere during Contemporary Music Festival 2000. He has recently produced a piano concerto entitled "700 N. Electric," and a document, "Compositional Issues with Corigliano, Oliveros, and Kernis." He is currently Professor of Music at Methodist University, teaching such courses as music theory, aural skills, composition, and music technology. He has had commissions and premiers of his orchestral pieces with the Fayetteville Symphony Orchestra in 2005 and 2006 and most recently a collaboration with Band of Oz. Dr. Dippre r received a Regional Artist Project Grant from the Arts Council of Fayetteville and Cumberland County and was an artist-in-residence at the Artist's Enclave at I-Park (East Haddam, Connecticut). In October of 2003 his piece "Pilgrim's Blues" (for piano, violin, and cowbell) premiered in Northampton, Massachusetts commemorating the tercentenary celebration of Jonathan Edwards. He also prepared the musical examples for the musicology text "The Pleasures of Modernist Music" by Arved Ashby. During his sabbatical from Methodist University in fall of 2009 Keith was a guest composer/lecturer at Azusa Pacific University. Shortly thereafter, his piece "Pilgrim's Blues" was performed by The Definiens Project at the Fresno New Music Festival on October 17th. Recipient of an ASCAPLUS award for 2010-2014. Recipient of the Henry Grady Miller Cup award for 2012 (North Carolina Federation of Music Clubs) Keith is the Co-Director of the Cape Fear New Music Festival (Methodist University) which occurs every spring. His most recent piece for chamber rock band, "Thomas, Can You Hear Me?" will premiere sometime after the Covid 19 crisis has abated. His piano work "California Low Brow" will be featured at the SCI National Conference this October (2020) at the University of Texas at Arlington.

Ruins of the Pueblo
0:00
Loop Gestures
0:00
Performed at Campbell University in March of 2018, this piece features piano, percussion, and lap top loops. Performers improvise with the loops in real time. Scott Marosek is featured on piano, and Don Parker is the percussionist.
Lengua no Mas
0:00
California Low Brow piano sketches
0:00
The 3rd movement of the work entitled "The Apparition of Michael Jackson." Performed by Dr. Scott Marosek at the SCI National Conference in Santa Fe, New Mexico on April 2nd, 2009.