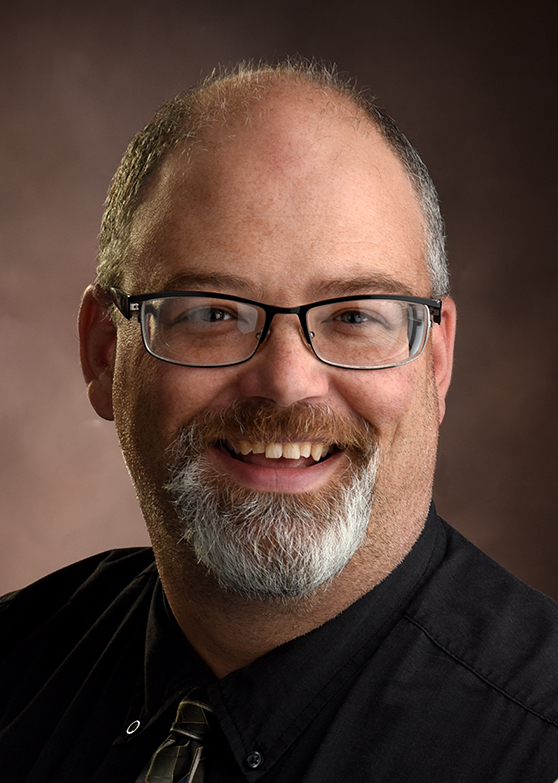 Mr. Kamerling has been a composer and teacher in the state of Arkansas for 20 years. He holds a Bachelor of Arts degree from Arkansas Tech University in Music Education and a Master's Degree in Music Composition from Stephen F. Austin University where he studied with Dr. Stephen Lias. He was named a National Board Certified Teacher in 2013 from the National Board for Professional Teaching Standards. He has been published by several companies in the educational music field including Grand Mesa Music in Grand Junction, Colorado; Jon Ross Music, LLC in Arkansas; Magnolia Music Publishers of Tennessee; Jalen Publishing of Georgia; and Print Music Source of Texas. He was also honored in the field of music composition from the Music Educator's National Conference (now N.A.M.E.) in 1996. He and his wife, Lori, reside in Pottsville with their children, Chasity, Carter, and Jenna.

Warrior Angels
0:00
My inspiration for Warrior Angels came from the book of Revelation, chapter 12, verse 7 - "And there was war in heaven: Michael and his angels fought against the dragon; and the dragon fought and his angels" (KJV).
Sanctus Variants
0:00
"Sanctus" refers to Holy and "Variants" or variations. The basis of this piece is the hymn-tune Holy, Holy, Holy.
Symphonic Overture No.1
0:00
Symphonic Overture was the culmination of my undergraduate career at Arkansas Tech University in the late 1990's. I was an education major, but took composition as an elective and really enjoyed that time.
Galla Creek March
0:00
This march was inspired by the countryside of my hometown. Galla Creek is the local waterway that originally provided water for the Galla Station that was established in the 1800s. The area is the kind of town that Norman Rockwell would come to satirize in the Saturday Evening Post. Quaint and cozy are great descriptors of this beautiful portion of the state of Arkansas.