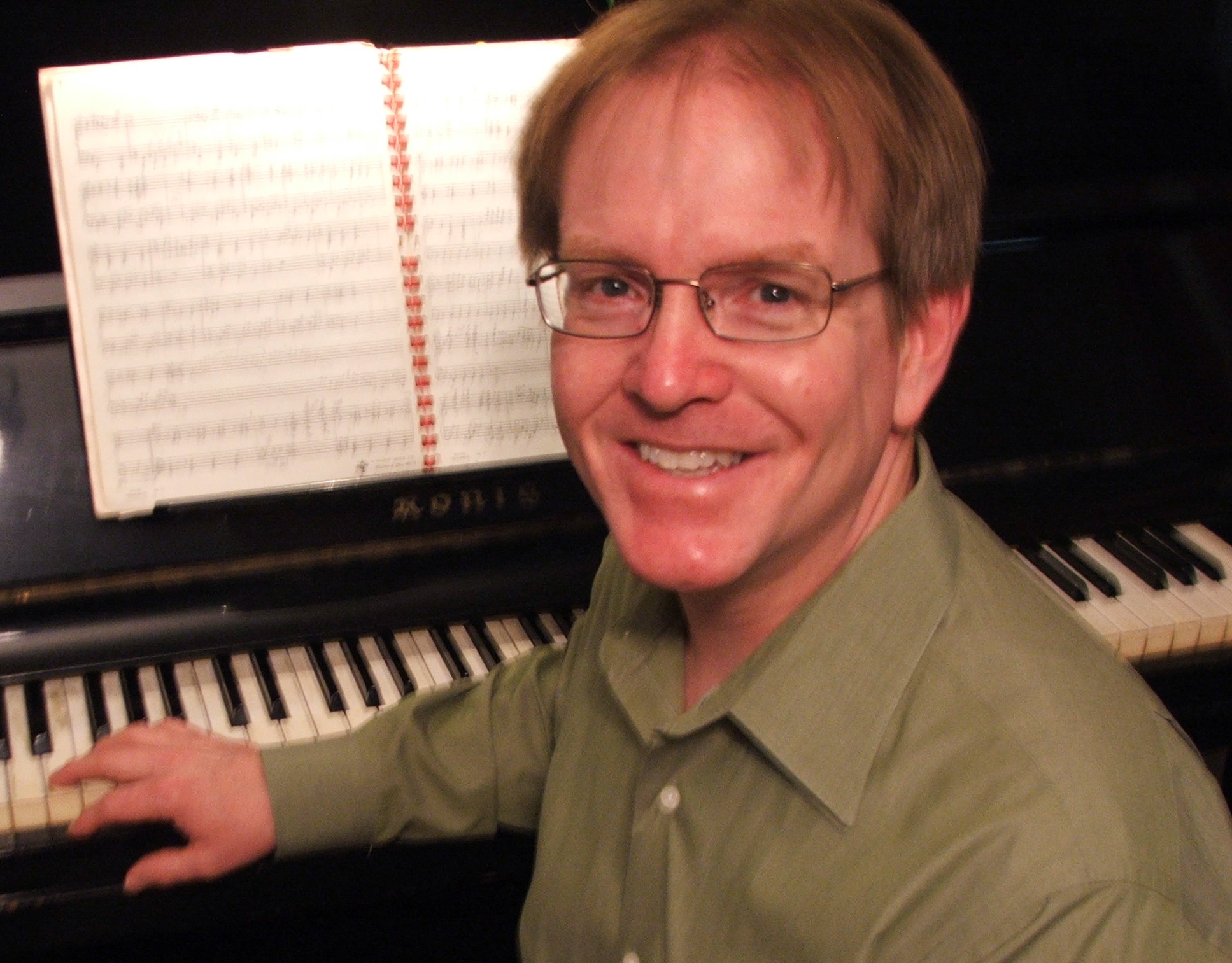 Roger Lowe has written music for orchestra, chamber groups, piano, organ, guitar, choir, solo voice, electronic, and rock ensemble. He holds a BM, Music Composition from Gardner-Webb University (2013). He studied composition with Dr. Frank McCarty at The University of North Carolina at Greensboro and Dr. Matt Whitfield at Gardner-Webb University. He has studied piano, organ, flute and guitar. Roger played keyboards in Christian Rock groups from 1981-1987 and has been a church organist since 1992. He is currently organist at First United Methodist Church in Forest City, NC.

The One for Brass and Guitar  http://youtu.be/ZHLmIXcUrbI

Rejoice in the Lord  http://youtu.be/54uZ8CY9Cnk

Lift Every Voice and Sing  https://youtu.be/li3kimpdABg

Jesus Shall Reign/On Eagle's Wings (in the style of the Vierne Finale)  http://youtu.be/S-ZEhnUqvZA

Be Thou My Vision  http://youtu.be/0sYUnPDEJkM

The Table of God  https://youtu.be/8mCBxiXYHtI

A Dream Within A Dream  https://youtu.be/OrvJdXbcRp8

Links to Other Pages

PREVIOUS MUSIC (1981)
Instrumentation: piano
Duration: 5:20
Performed at University of North Carolina at Greensboro in 1981 and Gardner-Webb University in 2011 (with additional percussion)

BORN FROM A DREAM (2005)
Music for anthem commemorating the Gardner-Webb University centennial in 2005 with lyrics by C. Douglas Bryan
Instrumentation: SATB with piano
Duration: 3:28
Four performances in 2005

HAPPY TO BE PART OF THE TEAM (2006)
Words and music for one-act musical comedy
Instrumentation: band with some additional instruments or keyboards, soloists with chorus
Duration (of musical): 1 hour
Written for class MUS400 Writing the Musical
Staged reading at Gardner-Webb University in 2006

THE ONE LAMB (2008)
Music for film soundtrack
Instrumentation: orchestral with additional instruments; performed on keyboards
Duration (of film): 2 hours
Proceeds from film go to charity
Limited national theater release in 2009; available on DVD

BLESS HIS HOLY NAME (1992; revised 2007/2011)
Words and music including an arrangement of the hymn Holy, Holy, Holy
Instrumentation: SATB with Piano
Duration: 3:28
Performed by the Gardner-Webb University Concert Choir on their Spring 2012 tour

THE ONE FOR GUITAR AND BRASS (2013)
Instrumentation: guitar, trumpet, trombone, bass and drums
Duration: 4:47
Performed at Gardner-Webb University, Spring 2014

Symphony No. 2 Movement 1 (completed 2018)
0:00
This work reflects the unrest and division in the United States, and in the world. There is a section representing the hope for peace near the end, but the final section brings us back to the drums of war.
Symphony No. 2, Movement 2 (2019)
0:00
This movement represents the rapid pace of news events in the era of Trump. There was no time to process what just happened before the next thing hit, in normal times any one of which would have been a story that defined the decade. I discovered you use a lot of material in a hurry with a rapid tempo. Second Movement realized using Finale with: Personal Orchestra 5 (strings, some percussion); EastWest Hollywood Brass and Woodwinds, Goliath, and Spaces II reverb. Some cymbal samples are my own.
Symphony No. 2, Movement 3 (2020)
0:00
From disbelief and sadness, to hopefulness, and now watching everything fall apart, this music expresses how I have felt about the past four years. The opening motif on the piccolo is the song of the Carolina Chickadee. If you listen to the birds, you have heard its song. The painting is van Gogh's "Sorrowing Old Man." I added the flag. Music composed in Finale and rendered using Garritan Personal Orchestra 5, EastWest Goliath, Hollywood Woodwinds and Brass. Spaces II reverb. Mixed in Adobe Audition
A Dream Within A Dream
0:00
This selection from The Sleep Cycle sets the poetry of Edgar Allan Poe to music. In this collection of poems from the 1800's, we follow the sleeper from twilight and the beginnings of sleep through a series of dreams. "Is all that we see or seem, but a dream within a dream," comes to new life in this melodic setting Vocals by Jondra Harmon. The entire work is available at www.sheetmusicplus.com/title/20200679