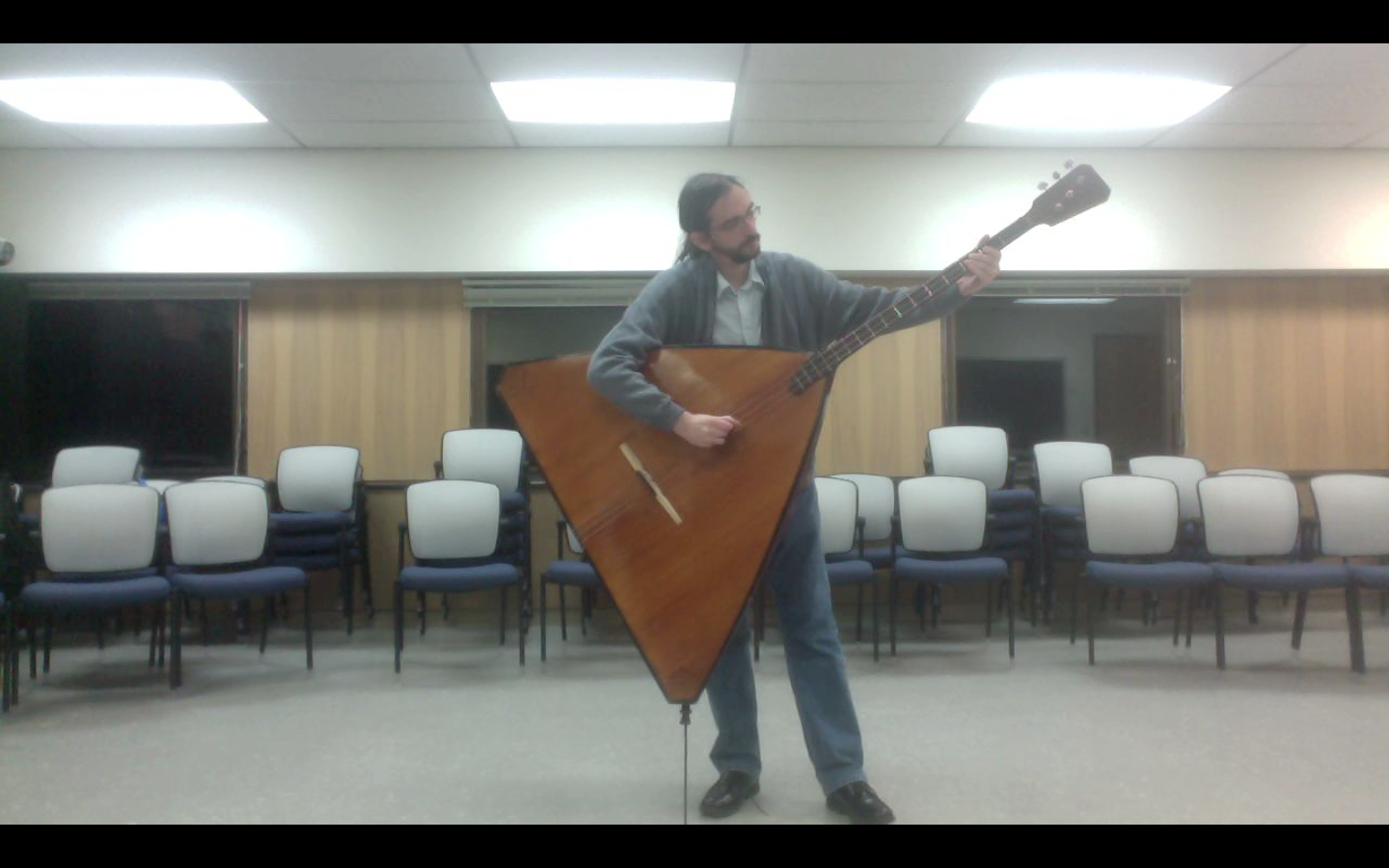 Neb has a strong interest in string instruments of all shapes and sizes. Currently, he plays viola in the Middleton Community Orchestra and fretted strings in the folk bands Karavay and Blue Accordion & Friends. He has also performed with the University of Wisconsin Russian Folk Orchestra and BDAA Festival Orchestra.

[see "Compositions" below for audio and score samples]

While I held the lovely thoughts concealed (2020) 8'
viola, piano

Until Peace, the Storm (2015) 6'
3 trombones, bass trombone
composed for the Elysian Trombone Consort

Symphony No. 1 (2015) 20'
wind ensemble
commissioned by a consortium of 15 ensembles
organized by
Jared Chase, Director of Wind Studies, Nazareth College

Echoes of Rascia
0:00
Rascia is the Latin name for Raška, a medieval state in southeastern Europe populated by the Serbian people, and a predecessor to the modern-day Republic of Serbia. While the rich history of its liturgical chant is well documented, little is known about other types of Serbian music from the Middle Ages.

Echoes of Rascia draws upon the musical traditions, both real and imagined, of this bygone era. Except for a quote from a Serbian Orthodox (Christian) hymn, first played by the flugelhorn at the beginning of the piece, all the thematic material is original. This work is dedicated to Prof. Rodney Winther, Director of Wind Studies at the University of Cincinnati College-Conservatory of Music, in gratitude for his ongoing guidance and support.
Six-Year Interlude
0:00
In 2011, I was unexpectedly reunited with someone who had been very dear to me. Although we had promised to keep in touch after graduating from university in 2005, life got in the way until a chance encounter at our alma mater brought us back together. This composition is my reaction to that event and its impact on my life.
Chochek Rhapsody
0:00
In several countries of southeastern Europe, the term chochek refers to a type of folk dance, as well as the associated musical genre, both of which developed under the rule of the Ottoman Empire. Characterized by syncopated rhythms and energetic melodies, the music is traditionally performed by an ensemble of brass instruments and drums, sometimes also including clarinets or saxophones.

While this musical heritage was the main source of inspiration, the creation of Chochek Rhapsody was also shaped by the study of wind music from the “classical” tradition of North America and western Europe, particularly the rich variety of tone colors found in the wind band.
Second Nocturne
0:00
In 2002, shortly before changing my undergraduate major from meteorology to music composition, I wrote a Nocturne for clarinet and piano. While not entirely ineffectual, the piece was constrained by my younger self’s deficiencies in technical skill and limited aesthetic outlook. The Second Nocturne, composed seven years later, is intended as a more mature response to that earlier piece.