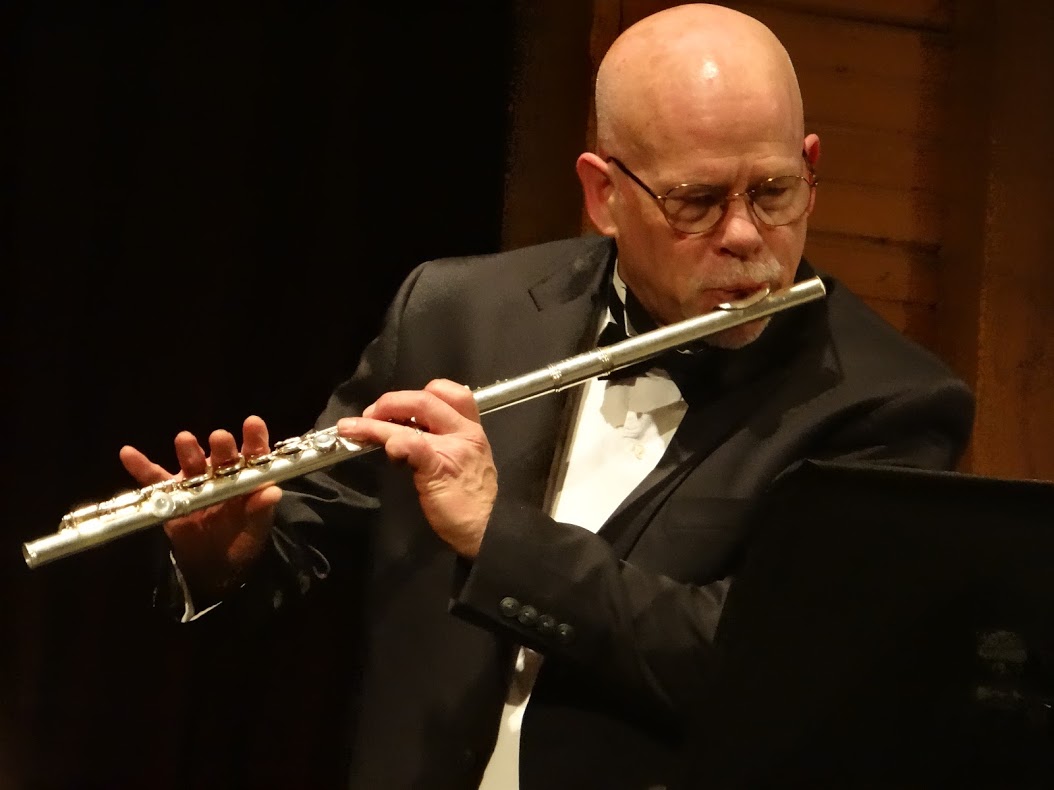 Reviews: [The Psalms] is fresh and invigorating each time you come back to it. That much is clear. What isn�t as easy to pin down is exactly what musical box The Psalms fits into. . . The variety alone makes this album worth owning; the flawless quality of its arrangements and execution throws it over the edge of good to great! Just when your mind catches a melody, Ballard throws in another instrument, lays down subtle harmony in the background or takes the whole thing in another direction altogether. Suddenly you realize that nothing else would have sufficed at that very moment. New Man Magazine (July/August, 1995)

Jack Ballard, PhD, is a Fulbright Scholar (Kenya, 2013) and Specialist ('19-'24) who has composed and produced music from classical and film to jazz and bluegrass to metal and world. He worked with Gunther Schuller, Wendell Jones, Arthur Post, David Maddux, and Frank Wiley, and received B.A.Ed and M.M. degrees from Central Washington and Eastern Washington Universities. His dissertation on hyperextended tertian sonority is from Kent State. Its research received the Bruce Benward Student Music Theory Award in 2007. His piece, �Lament,� for orchestra, received the Ipark Foundation�s Thanatopolis Prize for Memorial Composition in 2010. His diversity in styles and instrumentation is his song cycle The Psalms, which included performances by Alex Acu�a, David Friesen, Fletch Wiley, Tom Patitucci, and members of the Oregon Symphony. His pieces often incorporate classical and ethnic styles throughout the world, but especially New World and Old World styles that contributed to the development of music in North and South America. He recently completed a large scale opera based on the life and times of a recording studio, and is working on the final movement of his fifth symphony.

�The things Jack Ballard taught us regarding building songs, musical styles and music theory we use all the time now when writing songs.� Platinum recording artists and Grammy nominees, Jars of Clay, GC Record interview, 1997 "The world premiere of Jack Ballard's "The Traveler's Psalm" was played stunningly . . . Ballard's composition was enchanting, lyrical and polished to the point that it sounded as if it were the work of one of our time-honored masters. The Durango Herald, November 18, 2003

The Light Princess (Mvt 4-6 from the suite for orchestra, The Light Princess)
0:00
The Light Princess was a novella for children by famed Scottish writer George MacDonald. MacDonald was a contemporary and friend of Charles Dickens and it was at his recommendation that Carroll’s Alice in Wonderland was published. He was known for two significant things that come into this work: a subtle but unquenchable sense of humor (including puns), and an irresistible penchant for weaving spiritual principles into allegory. The story was interpreted by artists and writers at Cave Pictures Publishing, known for graphic novels. The advertisement intrigued me, as a fan of MacDonald’s fiction, and I was impressed by the quality and imaginative interpretation of the artists and writer. I approached them with the possibility of writing incidental music and a seven-movement suite for orchestra was the result. In the interests of time, I have included only a single movement under the time limit that best represents some adventurous but programmatic writing for me. Synopsis: A child is finally born to a king and queen and (as is often the case) is cursed by an offended aunt who (of course) happens to be a witch. The result is the child has no “gravity” (either the ability to keep from floating into air or a sense of seriousness). She finds that swimming in water is the only thing that helps her ailment. A prince comes by with whom she in spite of her bubble-headed lightness begins to like. But the witch drains the lake and the only way to save it is to sacrifice a willing person by plugging up the hole with his body. The prince volunteers out of love for the princess. The lake is saved, but he dies (or does he?). The princess realizing she loves him, pulls him out of the lake bottom, breaking the spell and saving him in the process. The lake collapses and kills the witch and they live.....etc. I. No Gravity II. Swimming Together III. Makemnoit (The Witch) IV. Trading the Prince for Water V. The Light Princess a. The Lake is Saved b. Beautiful Girl with Violet Eyes c. Redemption in Love III. Makemnoit (The Witch) My personal style includes a lot of influences, and in orchestra music, I particularly enjoy the advanced tonalists, such as Prokofiev, Holst and Copland, but going back as far as the more outside tonal perspectives of Brahms and the chromaticism of Chopin. This movement has been associated with Stravinsky’s Rite of Spring and Hindemith and I wished for both actively disturbing harmonies, and yet with a tonal center that allows other harmonies to revolve around and create elements of tension and resolutions that are momentary. I especially wished to portray the personality of the witch, which the artists and I both perceived as being the evil villain, the pathetic rejected sister/aunt, both contributing to a building resentment that explodes until she needs an evil action to satisfy her thirsts. The initial theme is presented in low winds and is the basis for a form that is more fluid than strict variations but more ordered than mere fantasy. The final theme goes more with the story’s timeline and is presented by English horn: as it is a children’s story, I couldn’t resist the stereotype symbol for the snake, but it works much better than I expected. The piece winds down as her “evil plot” is set in place, bwahaha!
The Devil's Brush (excerpt)
0:00
Concerto for Piano No. 2 (allegro con fuego)
0:00
This is more fun for the odd-meter people. It is an exploration in multi-meter and Spanish/Latin ethnic tonalities, so it is very tonal. The rhythm section was recorded live without "click" and included Jack Ballard on piano, Chris Kent on bass and Dan Cox on drums.
Magnificat
0:00
Rough mix of a vocal jazz piece (quartet), as recorded by "Mourning to Dancing". It uses a combination of Baroque orchestra and voice, and electronica/hiphop rhythm section.