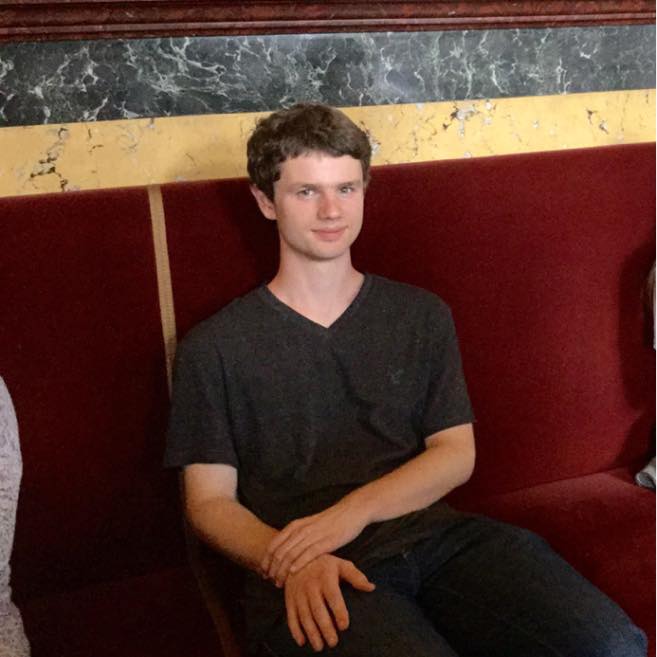 Seattle composer and clarinetist Brendan McMullen (b.1994) holds a BM degree from Rice University’s Shepherd School of Music where his primary teachers where Anthony Brandt, Karim Al-Zand, Richard Lavenda, and Shih-Hui Chen. Brendan is an alumnus of Roosevelt High School and the Seattle Youth Symphony Orchestra. He studied for three years in the Merriman Family Young Composers Workshop of the Seattle Symphony under the direction of Composer in Residence Samuel Jones. He was a New Music Workshop Fellow at the 2013 Norfolk New Music Workshop with Martin Bresnick. In 2014, Brendan studied with Steven Stucky, George Tsontakis, and Sydney Hodkinson as a Composition Fellow at the Aspen Music Festival and School. He has attended the HighSCORE Contemporary Music Festival in Pavia, Italy twice, and Music Composition at FUBiS in Berlin with Samuel Adler. Upon graduating Rice, Brendan was awarded the Farb Family Award for Outstanding Achievement. He has presented in master classes with John Adams, Gabrielle Lena Frank, Brett Dean, and John Corigliano. His music has been performed in the United States, Germany, Luxembourg, and Italy.