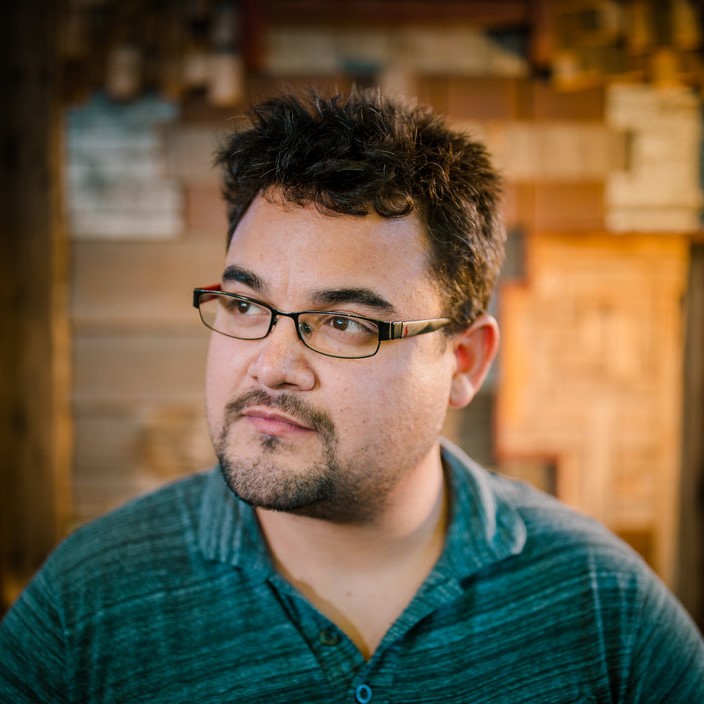 Stephen Montalvo (b. 1984) is an active composer and performer of acoustic and electronic music based in New Orleans, LA. Through his music, he explores concepts related to resonance and rhythmic interplay, and draws inspiration from social and political concerns. His works have been performed throughout the United States by artists and ensembles including Carlos Cordeiro, the Talea Ensemble, the Omaha Percussion Ensemble, and numerous scholastic groups. He was the 2018 runner-up in the Southeastern Composers League�s Philip Stiles Memorial Composition Contest. Stephen is currently pursuing an MFA in Composition from Tulane University where he studies with Maxwell Dulaney and Rick Snow. Stephen is a graduate of West Texas A&M University in Canyon, TX, where he received a Bachelor of Music and studied composition with Joseph Nelson and Robert Denham. Current affiliations include the Society of Composers, the Southeastern Composers League, and the Vic Firth Education Team as a Scholastic Educator and Marching Percussion Specialist.

For more information, including a list of works, performances, and my CV, please visit https://stephenmontalvo.com/

in Noise
0:00
in Noise draws attention to the increasingly significant issue of oceanic noise pollution. The composition incorporates the voices of the creatures most affected by the intrusion of human activities into the marine environment. Shipping and oil and gas exploration have created an acoustically chaotic environment in which marine life has had to adapt in order to survive. The constant noise generated by our activities can be heard hundreds or even thousands of miles away. It has forced marine life to alter migration patterns, changed the frequency at which the animals vocalize, and affected feeding opportunities and survival rates. Awareness and advocacy for this issue can lead to the adoption of newer technologies that are significantly softer than existing ones and ensure that marine life thrives in our oceans. Hydrophone recordings of marine life and human activities used in this project were generously provided by Dr. Christopher W. Clark of the Cornell Bioacoustics Research Program.
All the Trees of the Field Clapped Their Hands
0:00
All the Trees of the Field Clapped Their Hands is the second composition written for a planned song cycle that highlights the voices of women and their experiences with sexual assault. It depicts the struggle to accurately express thoughts and emotions in words when describing a traumatic event. All of the works in the cycle are set to poems written by women, with the text for this work provided by Nikki Ummel. All the Trees of the Field Clapped Their Hands was premiered by mezzo-soprano Megan Ihnen in the spring of 2021.
Shatter
0:00
Shatter is a fixed media exploration of sounds found within an active ceramic studio. The sounds associated with the initial creation of an object, wet shaping and molding, and of its destruction, breaking and shattering, are weaved together to reinforce the idea that although many of the objects and ideas that we encounter, both in life and in art, are transitory, physical and philosophical fragments remain and can be influential for far longer than initially intended or understood. Special thanks to Rebecca Allen and William DePauw for their assistance in collecting the recordings used in the creation of the work.