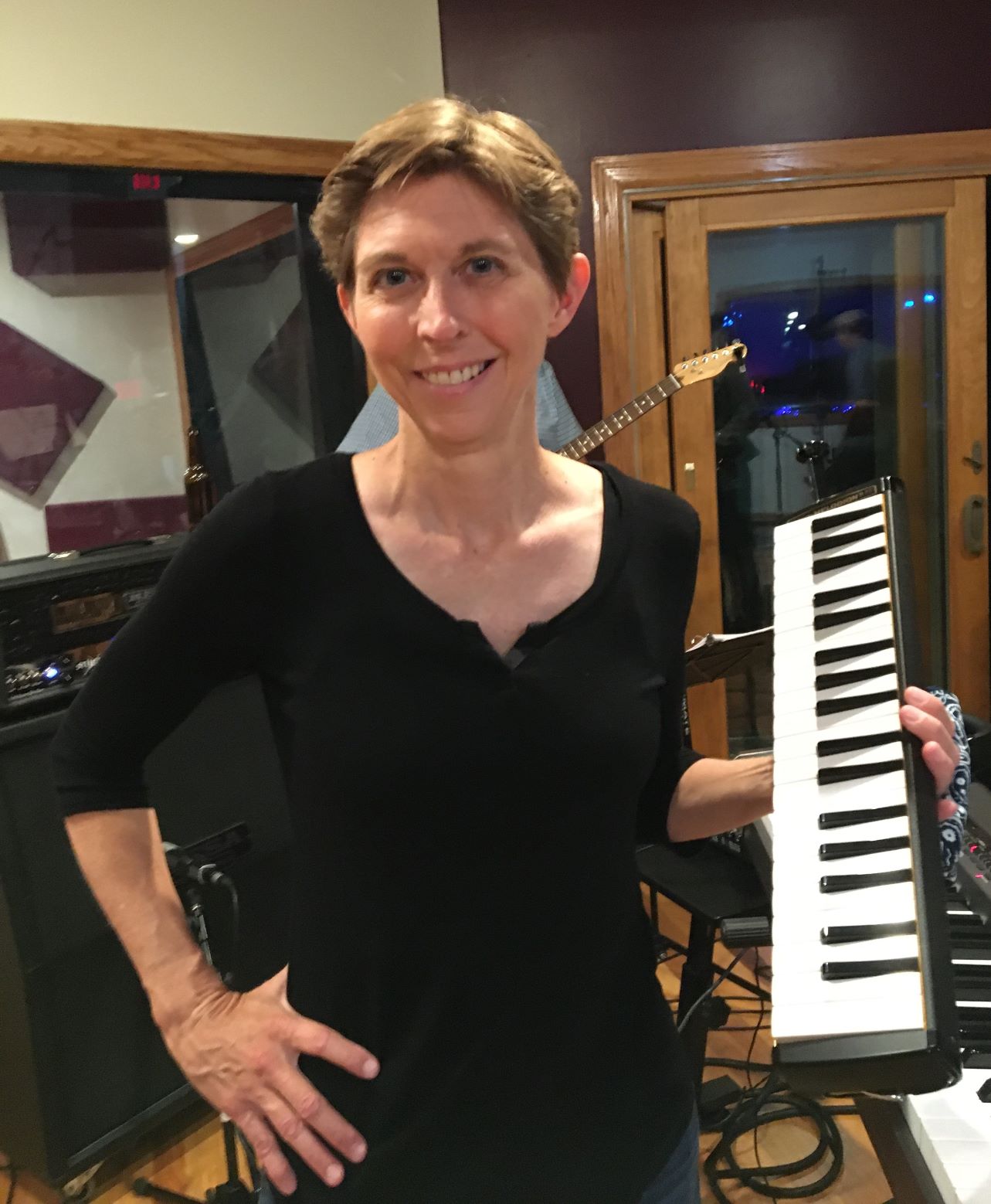 SHIRLEY MIER earned her Ph.D. in Composition in May 2005 (Doctoral Dissertation Fellow, 2004-05) at the University of Minnesota, where she also earned her M.A. in Composition in May 2002 with a minor in Theatre Arts. Shirley has studied composition with Alex Lubet and Judith Zaimont at the U of M. She earned her B.A. in Music from Grinnell College, IA, in 1988.
Shirley has been active for many years as a music director and theatre composer in the Twin Cities, and her theatre works have been commissioned and performed in area venues such as Stages Theatre, Shakespeare in the Park, and the Minnesota Fringe Festival, to critical (and audience) acclaim. Her first work for concert band, Theme and Deviations for Band, has won multiple awards and honors, including a performance at Carnegie Hall in May 2004 as the winner of the Fifth Annual H. Robert Reynolds National Wind Ensemble Composers Competition. Her dissertation, Visages, a song cycle for mezzo-soprano and orchestra (texts by Diana Fu), with cross-cultural themes connecting China and America, has been performed multiple times. Her concert band works have been commissioned and performed across the country and are published by Alfred Music and Grand Mesa Music. Her musicals are published by Dramatic Publishing and Concord Theatricals.
In 2007 Shirley joined the music faculty at Century College in White Bear Lake, MN, where she has taught Music Theory and Ear Training plus a variety of other courses, and conducted the Century Chamber Orchestra and the Theatre Orchestra.

Courage Shining Forth (2013)
0:00
This concert band work was commissioned by the Minnesota Symphonic Winds, to honor the memory of one of their trombonists who had recently passed away. The work begins in a contemplative mood, then breaks into a jazz groove (he was a fan of jazz music), and ultimately ends on a triumphant note, reflecting his courage in the face of adversity. The work features the trombone section but other instrument groups are highlighted as well, as the band "converses" back and forth, sharing their memories of their friend.