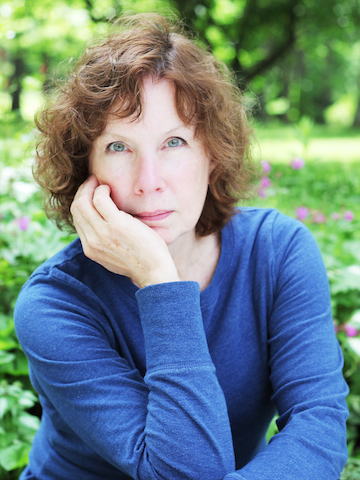 Rain Worthington takes ideas of American musical style to a new place – like a walk in a familiar, yet very different park.

"There is a deep interiority to this music… Worthington has an instantly recognizable sound, an austere sensuality not quite like anyone else ...a composer of considerable imagination, emotional expressiveness, and poetic sensibility."” – American Record Guide

"Worthington’s orchestral writing in Dream Vapors takes us inside the sometimes illogical world of dreams and memories and uses a fusion of styles—ancient, medieval sounds expressed via modality and open sonorities, modernist minimalist ostinato, and classical approaches to basic ideas — to capture components of the human experience." - IAWM Journal Volume 22, No. 2 2016

"Rain Worthington is a contemporary voice that demands to be heard. The present first collection [Dream Vapors] establishes her as a unique orchestral exponent, an inspired artist saying something definite and compelling today." Gapplegate Classical-Modern Music Review

“There is a deep interiority to this music . . . Worthington has an instantly recognizable sound, an austere sensuality not quite like anyone else . . . a composer of considerable imagination, emotional expressiveness, and poetic sensibility.” – American Record Guide

Performances of Rain Worthington’s compositions have spanned the globe from Brazil to Iceland, Cyprus to Korea, with premieres in Tokyo, Oxford University, and Delhi, India. Her work takes “. . . ideas of American musical style to a new place – like a walk in a familiar, yet very different park” – Chamber Music magazine

Self-taught in composition, her catalog includes works for orchestra, chamber ensembles, instrumental duos, solos and miniatures. Inspirations for pieces have ranged from sounds of “NYC trucks backing up late night, to the two-note expression of a sigh, to a dream of a careening bike ride through dark fog.”

In 2016 Navona Records released Worthington’s CD of orchestral works “DREAM VAPORS” to critical acclaim. She was a guest composer-in-residence at Missouri State University 2016 and 2017 for two MSU Symphony premieres, under the direction of conductor Christopher Kelts, of her orchestral works, Tracing a Dream and In Passages. In October 2017, conductor, Miran Vaupotić recorded In Passages with the Croatian Chamber Orchestra for a PARMA Recordings CD release. “I Solisti Veneti” orchestra will premiere In Passages in Padua, Italy with Maestro Claudio Scimone, March 2018.

In addition to composing, Worthington serves as Artistic Administrator/Composer Advocate for the New York Women Composers.

The composer has directed that her Artist’s proceeds from purchases of the Dream Vapors album be donated through PARMA Recordings to the Cure Alzheimer’s Fund (a research 501(c)(3) public charity).

Fast Through Dark Winds – for small orchestra
0:00
Program note: Inspired by the emotional intensity of a dream – careening through dense dark night fog on a bike with no brakes, no control and no visibility, accompanied by alternating interludes of fear and transcendent calm. – RW
Tracing a Dream – for orchestra
0:00
‘Tracing a Dream’, which flies into the listener’s imagination like a dark bird, reminds me of the poet Theodore Roethke’s ‘Night Crow: “Over the gulfs of dream/Flew a tremendous bird/Further and further away/ Into a moonless black/ Deep in the brain, far back.” – Jack Sullivan, American Record Guide

"A shocking piece of more than eight minutes, where different strings and wind instruments perform music in some fragments awesome and mysterious in others, keeping the listener alert at all times.” – Alejandro Clavijo, New Age CD Reviews [Translation]

Shredding Glass – for orchestra
0:00
“…Worthington’s piece provides the listener instead with exquisite disintegration, mere glass filaments casting light in all directions, with an undercurrent of unresolved apprehension… The texture is transparent but luminous, reminiscent perhaps of the late works of Mahler.” – Scott Locke, Journal of International Alliance of Women in Music