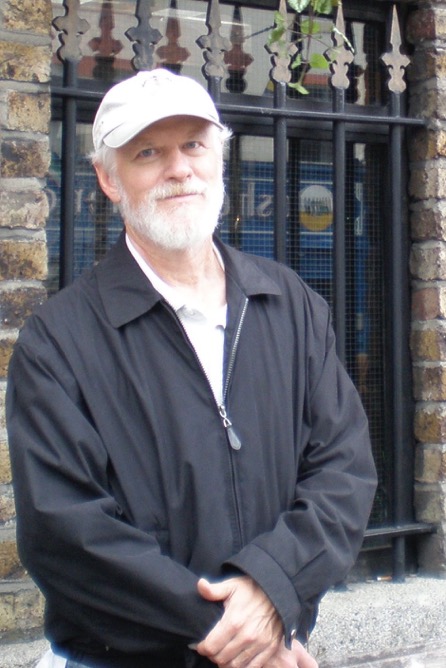 Mark Phillips won the 1988 Barlow International Competition for Orchestral Music. Leonard Slatkin has conducted his music with the St. Louis Symphony Orchestra, the Cleveland Orchestra, and the NHK Symphony Orchestra of Japan. His Breaking News for wind symphony was premiered at Carnegie Hall in February 2017. His Violin Power appears on the SEAMUS 2015 conference CD. The World Saxophone Congress commissioned and premiered his What If for 101 saxophones. The Peabody Modern Orchestra opened its inaugural concert with a performance of his Shadow Dancing. His String Quartet No. 2 was performed at the Festival Internacional de Musica de Bogota. Following a national competition, Pi Kappa Lambda commissioned a chamber work from Phillips, which led to the premiere of Bushwhacked! in San Antonio, Texas (September 2006). Commissioned for a 2005 premiere in Memphis, his Dreams Interrupted has received numerous subsequent performances in Pittsburgh, Chicago, Duluth, Baltimore, Dallas, Louisville, South Bend, Birmingham (AL), and Athens (Ohio). In 2004 Phillips premiered Turning Two Hundred, a 50-minute commissioned work for orchestra, jazz band, drum corps, handbell choir, electronic music, eight instrumental soloists, video, and dance. His music has received hundreds of performances throughout the world -- including dozens of orchestra performances -- and has been recorded by Richard Stoltzman and the Warsaw Philharmonic Orchestra, the Lark Quartet, and several solo artists. Mr. Phillips has also received awards from the Ohio Arts Council, the Indiana Arts Commission, ASCAP, Meet the Composer, Ohio University, Indiana University, the Delius Composition Competition, and the National Flute Society. Mr. Phillips is a Distinguished Professor Emeritus of Music at the Ohio University, where he has taught since 1984. From 1982-84 he was a Visiting Instructor of composition at the Indiana University School of Music. Born in Philadelphia, he holds a B.M. degree from West Virginia University and both an M.M. degree and a D.M. degree from Indiana University.

Greetings! Thanks for visiting. Here are some links to my other web pages.

For me, composition is not just about notes. It is about the communication of ideas and emotions. One reason I continue to be fascinated by composition is that, through music, a composer has a remarkable ability to communicate with listeners simultaneously on multiple levels. Music can appeal to the listener's intellect with its sophisticated and intricate patterns of vibrations; it can beguile with its palette of tone colors and timbres. At the same time, it can connect directly and powerfully with primal emotions, due to the low-level hard-wiring between our ears and our brain that can bypass the intellect altogether. Melodies can burn themselves into your brain. Musical rhythms can elicit physical responses such as swaying, clapping, toe-tapping, or even dancing. For ages, music has been used to set the tone for all manner of ceremonies and rituals. And of course, music can be humorous and entertaining, too. Anyone who knows my music is surely aware of the importance humor plays in it.

Dreams Interrupted
0:00
http://coolvillemusic.com/dreams_interrupted.html
The commission for a premiere in Memphis, Tennessee, offered me a good excuse to search for inspiration in the city's rich musical and cultural heritage, which includes W. C. Handy and the vibrant Beale Street blues tradition, the seminal Sun studio recordings, Martin Luther King and the civil rights movement, and much more. Before long, I was drowning in a sea of "inspiration," but getting nowhere on the actual composition -- until I visited the city a few months before the premiere. Too early each morning, a loud alarm went off in the hotel room adjacent to mine and kept up its obnoxious, rhythmic bleating for a solid hour or more. Somewhere in the haze of extreme sleep deprivation and frequently interrupted dreams, I found the narrative for my personal and idiosyncratic tribute to Memphis and to the memory of Dr. King. The composition has five programmatically titled movements performed without pause: Wide Awake!, Sweet Dreams, Sleepwalking, Whole Lotta Wakin' Goin' On, and Lullaby. For contributions to the accompanying soundtrack, I am indebted to Mark Snyder and Scott Hinds for Memphis source recordings and to Sylvester Young, Jack Wright, Esther Rose Wilen, Richard Syracuse, and members of the commissioning group, including conductor Kamran Ince, who represent a remarkable diversity of ethnic and cultural backgrounds.
Bushwhacked!
0:00
http://coolvillemusic.com/bushwhacked.html
Bushwhacked! is not the musical equivalent of a late-night TV comedy bit or an Internet phenomenon of the same name involving creatively edited audio and video clips. In fact, it is not even really about George Bush, nor does he have a starring role. Instead this composition is about me — or more specifically about my current state of outrage and frustration. In other words, it is a work of musical therapy. Thanks in part to a lot of smart and funny people who apparently feel the same way, I have managed to retain a sense of humor (which I hope will be obvious). I am also profoundly indebted to the venerable tradition of American blues artists (especially the late, great Ray Charles and legions of musicians from the multicultural New Orleans tradition) who have demonstrated time and again that when you channel your outrage and frustration into your music and share it with your audience, you may discover a way to dance all over your troubles ... at least for a while. As a result of a national competition, this work was commissioned by the music honorary society, Pi Kappa Lambda, for a premiere performance on September 15th at their 2006 national conference, held jointly with the national conference of the College Music Society in San Antonio, Texas.
Breaking News
0:00
http://coolvillemusic.com/breaking_news.html
Composed for Andrew Trachsel and the Ohio University Wind Symphony for their Carnegie Hall performance on February 27, 2017, to commemorate the centennial of the School of Music. program note: Breaking News is my idiosyncratic reflection on our modern era of media fragmentation, citizen journalism, and crowd-sourced news; on the jarring, interrupting effect of headlines from all over the world intruding on our lives as we exercise our unalienable right to the pursuit of happiness; and on prominent rhythms and themes that have emerged from several big news stories of the past few years. Sometimes the connection is obvious, sometimes more oblique, and sometimes downright obscure, including rhythms derived from Morse code.