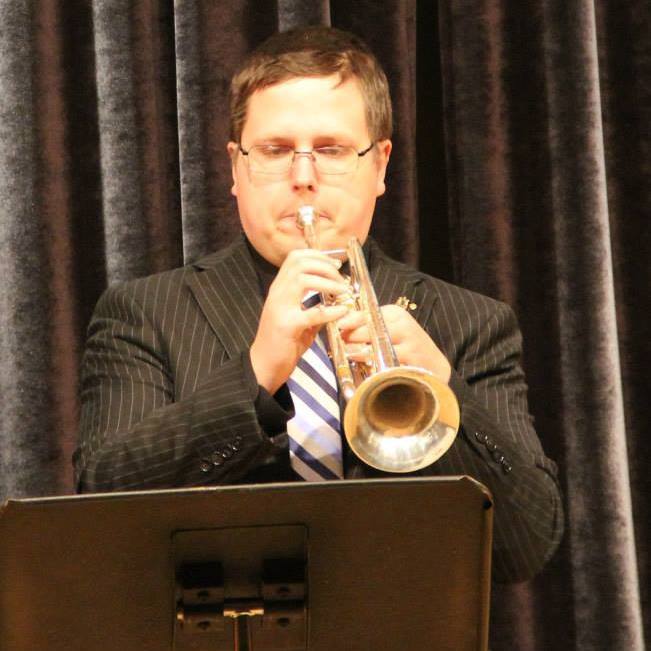 Jason playing on a recital.

Jason Taurins is a music educator, composer, and clinician based in Rio Rico, AZ. He has lived in Arizona since August 2015, after completing college in Michigan. He holds a Bachelor of Music in Education degree from Western Michigan University, where he also studied composition. His interests include writing for wind bands, arranging for marching band, and writing marching band drill, as well as writing chamber music. He has been commissioned and performed by ensembles from around the United States, Europe, and Taiwan. He was a winner of the 2017 Fifteen Minutes of Fame competition. As a performer, he has been invited to perform with the World Youth Wind Orchestra Project in Schladming, Austria. Jason's music has been recorded by Dr. Angela Collier-Reynolds (flute) and Patrick Reynolds (trombone); and Olivia Jageurs (harp) and Ray Hearne (tuba). Upcoming recordings will be completed by Dr. David Bohn (clavichord); Nimrod Ron (tuba and string quartet); and NMSU Professor of Tuba Dr. James Shearer. As an avid musical miniaturist, he also created the Minute of Music Project to support new music for trumpet, and to promote composers. He has also written for the project.

You can learn more by visiting https://jasontaurins.com/.


Jason Taurins is also the creator of the "Minute of Music Project," a composition competition in which composers write a minute of music for a particular instrument or instrument combination. Current calls for scores include solo B-flat trumpet pieces, and for bassoon/trumpet duo Trumpetoon.


You can learn more at https://minuteofmusic.wordpress.com/