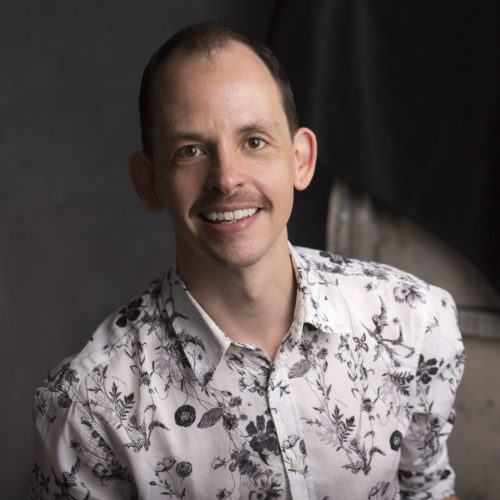 Composer William J. Lackey found his love of sound and motion on club dance floors at an early age. His continued exploration of acoustic/electronic/electroacoustic sounds and the movement of those sounds can be heard in the form of concert works, installations, theatrical pieces, and on the dance floor.

Currently, he serves as Vice President of Programs at the American Composers Forum. Most recently, Lackey was an Assistant Teaching Professor of Composition at the University of Missouri. From 2009-2016, he served as Managing Director of the Mizzou New Music Initiative (MNMI), overseeing an array of programs that helped establish the MU School of Music as a leading center for the creation and performance of new music.

"If one were summing William Lackey's personality in a word, the best adjective would be "exuberant." Assistant teaching professor at the University of Missouri School of Music and managing director of the Mizzou New Music Initiative, he radiates enthusiasm about what he does. An educator, composer and collaborator, he is fascinated by individuals' relationships to sound, by technology and by the connections to just about everything that can be made through music." ľ Amy Wilder, Columbia Tribune - August 26, 2012