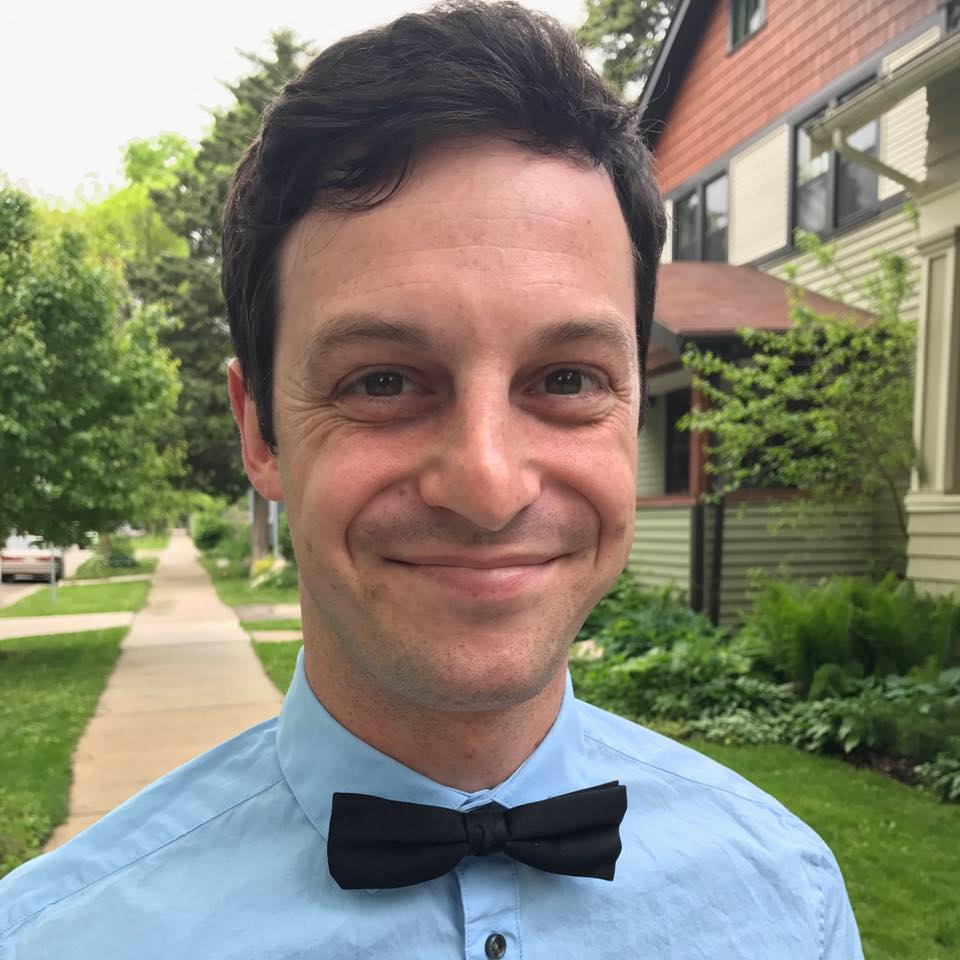 Uriah W. Rinzel is an award-winning composer and DMA – Composition student at TCU studying under Blaise Ferrandino, Martin Blessinger, and Neil Anderson-Himmelspach. He holds an MM – Composition from SMU where he studied under Kevin Hanlon and Robert Frank, and also an MM – Theory Pedagogy from SMU under David Mancini. He holds a BM – Theory and Composition from Dallas Baptist University. Rinzel’s style is varied and includes classical and rock influences. He has worked as a recording engineer, guitarist and arranger for live events and recording sessions. “Cowtown Counterpoint” was composed for bass clarinetist, William Hayter and was given its European Premiere in July, 2018 at Clarinetfest in Oostende, Belgium. He was commissioned by violist Nadia Sirota and SYZYGY (directed by Matt Albert) to compose a new piece for viola and amplified chamber ensemble. Orca was premiered at SMU in concert and the group made a studio recording. “Orca” was among the finalists for the ASCAP Morton Gould in 2014 and won First prize for the 2018 Breaking the Fourth Wall New Music Festival. “Snip,” an electroacoustic work was performed at the 2017 Region VI SCI conference in Arlington, TX. His wind symphony “Candide” was commissioned and premiered by Jack Delaney and the Meadows Wind Ensemble in May, 2017. Other works include an oratorio, a symphonic poem, a piano concerto, and a rock album. He taught theory at Austin College and SMU, and currently teaches composition, songwriting, and theory at DBU and theory at TCU.

Cowtown Counterpoint
0:00
Cowtown Counterpoint was composed for William Hayter in the style of Steve Reich's counterpoint series. It is a 12 minute piece in three main sections, fast, slow, fast. Although it is scored for six bass clarinets, the optimum performance is for one live performer who pre-records the other five parts and plays along with them live. Because of this, amplification and post-production elements are utilized as well for a blend of similar sounds and for added timbral variety between sections. Although this piece follows the basic format of works of Reich's counterpoint peices, certain elements are unique. Scalar material gets more than seven, even up to all twelve notes at points. Latin rhythms are included as well as extended techniques, particularly the use of natural multi-phonics that bring out fifth relationships, central to the harmonic concept of the piece. Listen for the formal development in the fast section, chords based on the interval of a perfect 5th in the middle section, and how all of the previous ideas blend together to reach the climax of the piece. Scoring: Bass Clarinet (in Bb) and pre-recorded electronics or 6 Bass Clarinets (in Bb).  Audio file accompaniment available for solo version. In a solo performance, the performer will record parts 2-6 and perform part 1 live, preferably using the same mic(s) used to record parts 2-6. In a performance with 6 players, no amplification is necessary. Note the range from a written C1 up to a written G5. Range:  Written C2 up to written G#6 (Concert Bb1 up to Concert F#5) Performance Length: 11 minutes and 35 seconds. Year of Composition: 2017 Extended Techniques: Natural Multiphonics I. Fast II. Slow III. Fast Copyright 2018 by VIOLINISTGONEMAD PUBLISHING (ASCAP 5310524) COPYRIGHT FOR ALL COUNTRIES. ALL RIGHTS RESERVED. "Cowtown Counterpoint" ASCAP: 895072955
Orca
0:00
Violist Nadia Sirota presented a seminar to a group of composers on extended techniques for viola and collaborating with violists. She also brought her ensemble, yMusic, who performed readings and workshops with the composers and songwriters as well as their performances. Meadow’s new music ensemble, then directed by Matt Albert (formerly of Grammy-winning ensemble Eighth Blackbird), then set up a joint commission contest with Nadia to come back the following semester to both present a concert of newly composed music and to make a studio recording of these works, and Orca is the result of this commission. Scored for viola soloist, cello, piano, vibes, and electric guitar, Orca is a high-energy rock-inspired piece that blends contemporary classical and rock music. In live performance, all instruments are amplified for a focused, aggressive timbre and an exciting experience. The orca whale is both terrifying and elegant. In the opening section, you will hear minimalist techniques as a process of additive textures and stretching harmonies is employed over an asymmetric groove set into an electric guitar loop. The aggressive sounds lead and the classical instruments are welcomed into the sound world of the electric guitar, encouraged through extended techniques such as overpressure to mimic the sound of guitar distortion. In the middle section, the guitar blends with the ensemble in more traditional ways, highlighting the beauty of the creature. This recording was from the piece’s premiere at SYZYGY’s concert featuring violist Nadia Sirota as the soloist. It was among the finalists for the ASCAP Morton Gould Young Composer award. Uriah W. Rinzel - composer Nadia Sirota - amplified viola Derrick Horne - electric guitar Elizabeth White - amplified cello Daniel Medina - amplified vibraphone Yumi Palleschi - amplified piano Andrew Corbitt - front of house engineer