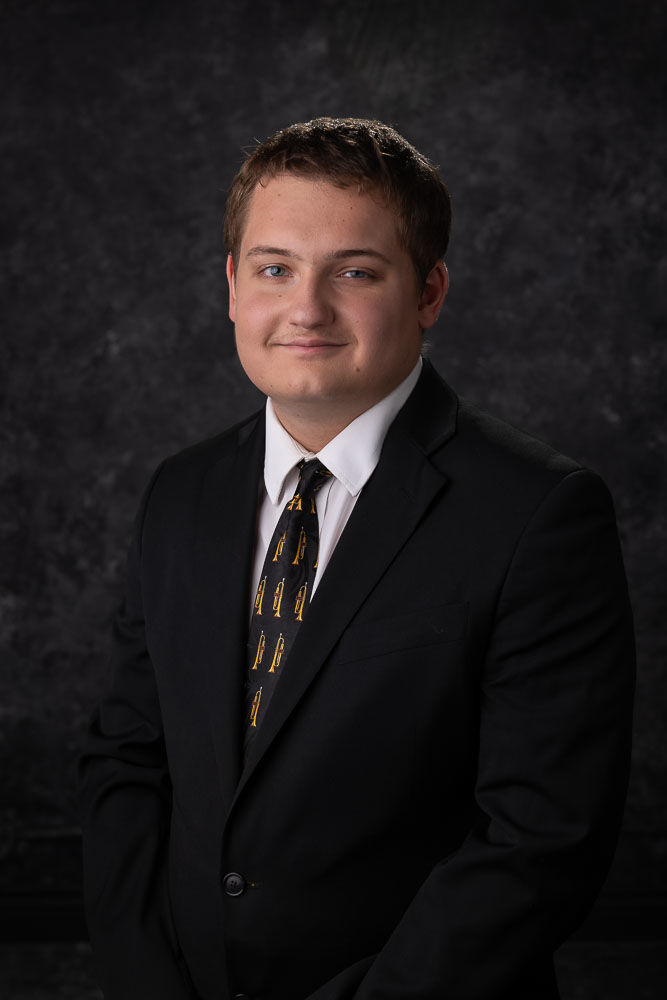 Trenton Rhodes is a classical trumpet player, composer, and jazz pianist working in the state of Arkansas. Throughout his life, he's been dedicated to music creation and has consistently worked hard to bring his love of music to those around him. He started learning piano at 6 years old, and by 8 he was studying with Dr. Luis Sanchez at Texas A&M University-Commerce. He started trumpet and composition at 9, and has since been awarded multiple times for his musical achievements. Rhodes's musical compositions are written with several different realms of inspiration - a lot of Rhodes's music comes from wanting to tell a story, one that either is explicitly stated or is one for the listener to decide. His young band works focus on feasibility and interest, and being as full with artistic merit as his longer, more dramatic works. Rhodes has written music in many different genres and difficulty levels, including concert band, jazz band, choirs (accompanied and a cappella), orchestra, and various solos and ensemble works. In 2017, Rhodes was a finalist in the MakeMusic Young Composer's Contest with his work The Light, written for a Grade 2 band. Rhodes's music is currently published under BR Music Services. Rhodes is also an Arkansas All-State musician, having made the 2nd top position for concert trumpet as well as the top jazz band on piano. In addition, he has performed with the Conway Symphony Orchestra as 2nd trumpet, the University of Central Arkansas Wind Ensemble, the UCA Concert Choir as Tenor 1, the Cathedral of St. Andrews choir, and the UCA Trumpet Ensemble. He's also sat in with many jazz groups throughout his life on piano, giving him a wide range of experience within the style.