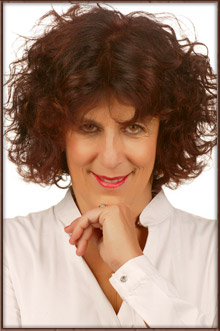 Berkeley composer, musician and arts educator Sheli Nan is a performer and composer whose life work focuses on the creation, performance, distribution, and teaching of music. She has been professionally involved in the musical landscape of the San Francisco Bay Area for more than two decades, and The Music Studio is an umbrella for her various musical enterprises, including composition, performance, recording and teaching, both privately and through school programs, as well as writng publications. Sheli is the author of two books, The Essential Piano Teacher’s Guide, and Bach the Teacher – A Practical Approach to Teaching Bach from the Beginning, co-authored with the late Laurette Goldberg. Sheli’s latest large scale musical work is SAGA- Portrait of a 21st Century Child, an Opera for Our Time with both libretto and music composed by her. Her new symphonic work, Signatures in time and Place, was performed under the the musical baton of Martha Stoddard by The San Francisco Composer’s Orchestra on November 8, 2009. In 2007 Sheli wrote and starred in the musical theatre piece, The Queen of Spain and her Favorite Teacher, Domingo Escarlatti, in a performance at Music Sources in Berkeley, Ca. Sheli is published by PRB Publishing co. and Screaming Mary Music both of Albany, Ca. as well as Tech-Clazz Productions of Berkeley, Ca. She is a member of ASCAP and the consistent recipient of the Standard Awards panel. Sheli is also a member of NYCC, The Western Early Keyboard Society, Early Music America, The San Francisco Early Music Society, The Society of Composers International, and The Composers Forum.