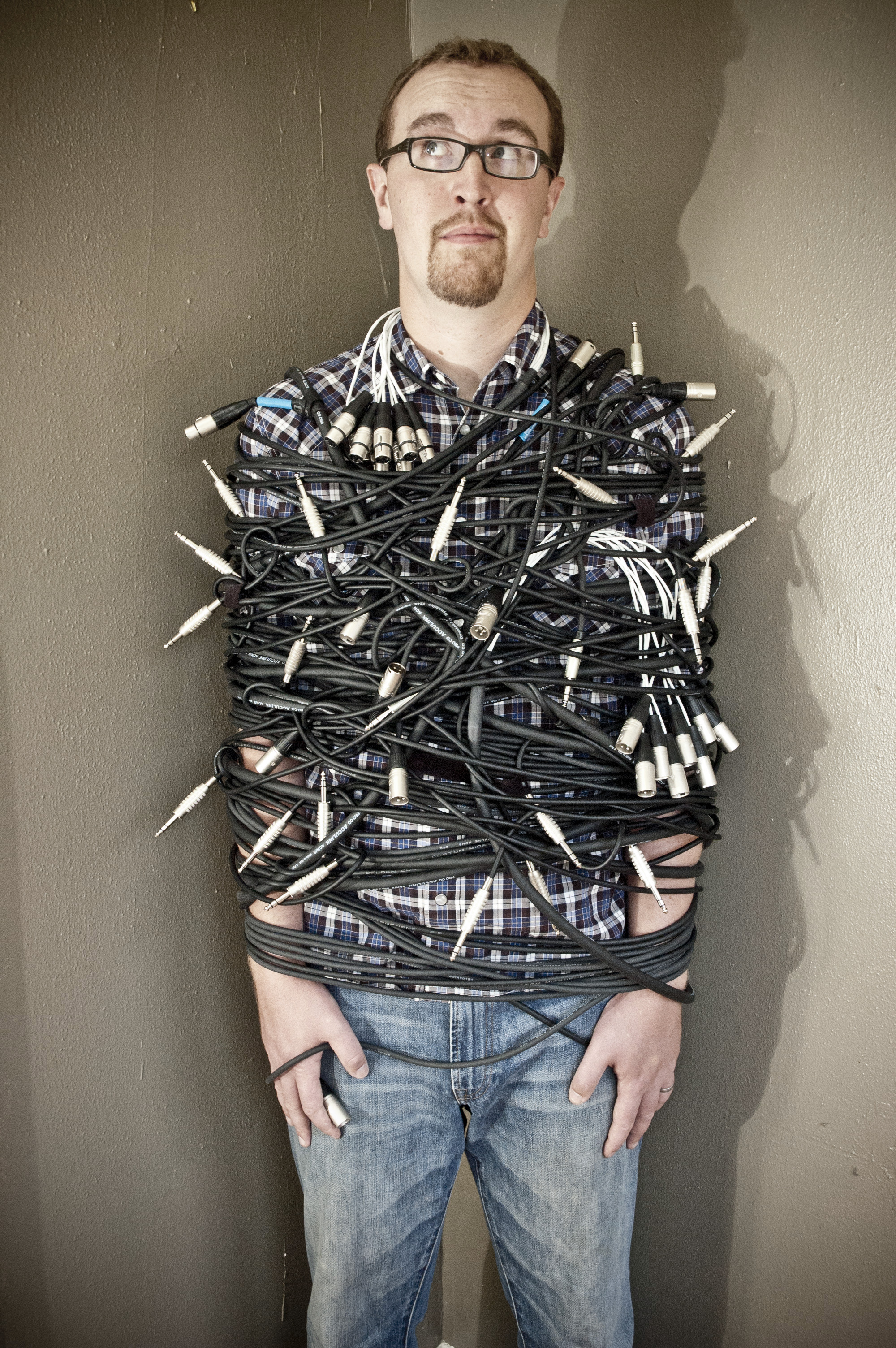 Robert received his doctorate from the Shepherd School of Music at Rice University where his primary mentors were Shih-Hui Chen, Arthur Gottschalk, and Kurt Stallmann. Robert has previously held positions at the Shanghai Conservatory of Music and Soochow University in Suzhou, China. He currently serves as an Assistant Professor of Composition/Theory at Ohio University.

in excess
0:00
in excess explores the vast amounts of waste humans produce on a daily basis. This general observation was magnified during my time living/working in China. Excessive packaging accompanied nearly all products in a vain attempt to elicit a feeling of luxury in the consumer. This plastic packaging served as the primary sound producing material. This work was written in conjunction with the oboe solo, "struggling". The two pieces can be performed simultaneously under the title, "struggling, in excess". Taking cues from the oboe solo, balloons were used to simulate multiphonics; an important sound character for "in excess".
Warning Colors
0:00
now our grief is put away
0:00
untangle my tongue
0:00