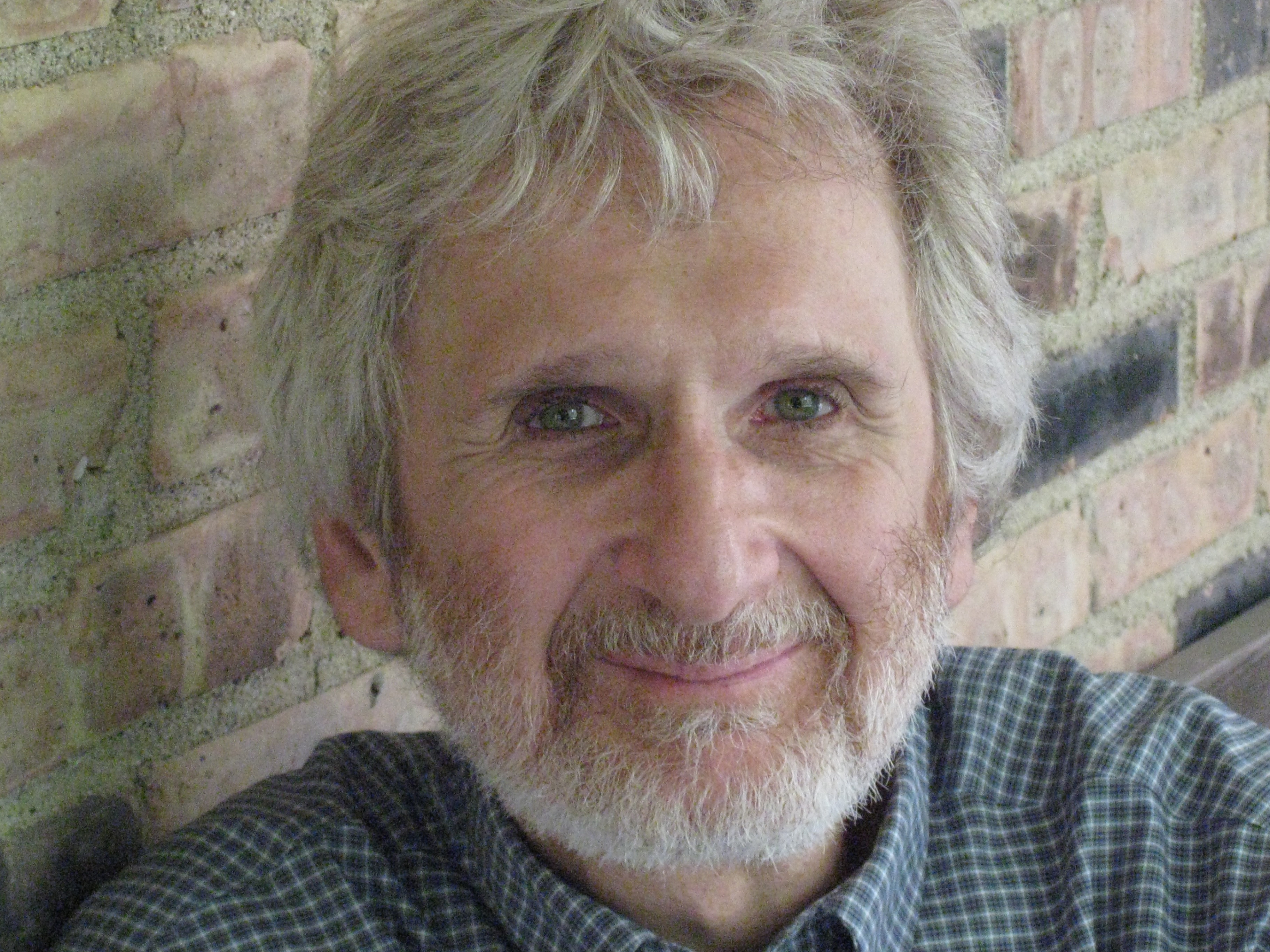 Robert Fleisher's acoustic music has been described as “eloquent” (Ann Arbor News), “lovely and emotional” (Musicworks), “astoundingly attractive” (Perspectives of New Music), and “ingenious” (The Strad)--his electroacoustic music as "rich, tactile" and "endearingly low-tech" (The New York Times). His works have been heard in more than a dozen countries and are available on Albany, Capstone, Centaur, Navona, Neuma (forthcoming), Petrichor, Phasma (forthcoming), PnOVA, Sarton, and SEAMUS labels. His scores have been exhibited in the United States (including 1984 and 1986 New Music America festivals), France, and the Netherlands. Author of Twenty Israeli Composers (1997), Fleisher is also a contributor to Theresa Sauer’s Notations 21 (2009). Awarded artist residencies at the Hambidge Center, Millay Colony, Montalvo Center, VCCA, Yaddo, and Mishkenot Sha’ananim, he has also received support from the Illinois Arts Council and the Ruttenberg Arts Foundation. Fleisher attended the High School of Music and Art (NYC), graduated with honors in Music Theory and Composition from the University of Colorado, and earned his M.M. and D.M.A. Composition degrees at the University of Illinois, studying with Ben Johnston, Salvatore Martirano, and Paul Zonn. He is Professor Emeritus at Northern Illinois University.

"The highlight, however, is Gregory Beyer's performance of Robert Fleisher's Maniondala for solo MalletKAT. It is a combination of prerecorded performances from different Fleisher works and several battery sounds from the malletKAT. Much of what the soloist plays relates to the other new works on the album, either through motivic materials or the soundscape. This makes it an appropriate ending to an impressive percussion release." -- Kyle Cherwinski, Review of Long Roll, University of Illinois Percussion Ensemble (Albany Records), in Percussive Notes Vol. 56, No. 2 (May 2018): 66.

"This is an exemplary recording. It is difficult to imagine anyone being ultimately disappointed with a disk featuring well nigh perfect performances of such intriguing repertoire. The remainder of the disk features works that are more accessible, yet still tremendously interesting and engaging. Robert Fleisher's set of five poems by Carl Sandburg are particularly apt in how they embody the spirit of the texts so convincingly, with an openness that never feels empty." -- Gregory Berg, Journal of Singing (March/April 2011), review of "Portraits" (CD)

"Loretto Alfresco is endearingly low-tech: its sounds are drawn entirely from recordings of a friend striking pots, pans and other items, which Mr. Fleisher sped up, slowed down, and overlaid to create a rich, tactile texture." -- Allan Kozinn, New York Times (June 18, 2010)

"Ma mère for solo cello by Robert Fleisher mixes material from the second movement cello parts of Debussy's orchestral work La mer as well as brief appearances of other works, creating snapshots of what is at once familiar and new. An incredible performance by Katri Ervamaa made this work shine." -- Jenni Brandon, Society of Composers, Inc. Newsletter XL/4 (July-Aug 2010)

Amongst all the fine performances, there were several that should not have been missed. Highlights included . . . Robert Fleisher's Ma mère for solo cello. -- Matthew C. Saunders, Society of Composers Inc. Newsletter, XXXIX/2 (March-April 2009)

"Five excerpts from Carl Sandburg's "Cornhuskers" formed the basis of Robert Fleisher's Prairie Songs, interpreted by soprano Emily Truckenbrod and pianist Amy I-Lin Cheng. From the subtly shifting "I was born on the prairie" to the angular and unsettling "I am here when the cities are gone" with its haunting refrain "I am dust of man," this excellent cycle concluded with Truckenbrod's transcendent delivery of "I speak of new cities and new people." -- Guy Vollen, Society of Composers, Inc. Newsletter XXXIV/3 (May-June 2004)

"Robert Fleisher provides Two Movements for Violoncello (1973), which were originally for bassoon but perfectly suit the singing quality of the cello." -- Sarah Freiberg, Strings Magazine (January 2000), review of "Soliloquy" (CD)

"Robert Fleisher's 10-minute, brooding Secrets from 1974 is the oldest and longest cut here; it makes use of eloquent silences, sprinkles and bursts from the full range of the keyboard." -- Bruce Martin, Ann Arbor News (November 27, 1999), review of "Syncopated Lady" (CD)

The lovely and emotional opening flute solo planted the seed for everything that followed. You could clearly hear the passage breaking into a beautiful chaos as the other instruments came in. Harmonics played a large part in this piece, and added to the overall feeling of suspense." -- Lia Pas,Musicworks-Toronto 70 (Spring 1998)

Five Pieces for Flute and Percussion (2016)

In Any Language (1993) - baritone voice and French horn

Five Songs from Carl Sandburg's "Prairie"
0:00
Texts for the Five Songs were selected from the expansive poem, “Prairie,” which opens Carl Sandburg’s second published collection, Cornhuskers (1918). Sandburg (1878-1967) was born and raised in Illinois. A Pulitzer Prize recipient both for his poetry and his multi-volume biography of Abraham Lincoln, Sandburg was also a journalist, political activist, and folk singer who accompanied himself on guitar. Under the influence of his evocative language, this song cycle explores a completely different musical world than that inhabited by my earlier works. The Five Songs are dedicated to my wife, Darsha, who introduced me to Sandburg’s “Prairie.” Performed by soprano Lynn Eustis and pianist Elvia Puccinelli on the CD, Portraits (Capstone, 2008), the Five Songs are appreciatively reviewed in the March/April 2011 issue of the National Association of Teachers of Singing (NATS) Journal. (That same lovely recorded performance is heard here as well.)
Six Little Piano Pieces
0:00
The Six Little Piano Pieces were composed (mostly in 2018) for the noted British pianist Martin Jones, who premiered them at Radford University. His recordings of this work and my Gig Harbor (2010) are included in Vol. 5 of PnOVA’s American Piano Music Series. Much of No. 1 and most of No. 6 date from the early 1970s, when I was a University of Colorado undergraduate. No. 1 has a new middle section derived from the movement’s opening phrase. No. 2 begins with a brief gesture from the middle of a piece in Op. 19. No. 3 comprises multiple encryptions of Martin Jones’ name. No. 4 combines material from a mass Mr. Jones composed while studying at London’s Royal Academy of Music and Schoenberg’s Verklärte Nacht. No. 5 recalls a familiar melody known to all, and a phrase from another of Schoenberg’s solo piano works. No. 6, largely unchanged, has one new pitch and a chord from Op. 19. The recording heard here is of the most recent, exceptional live performance given by my longtime NIU colleague and dear friend, William Koehler--during the 2019 SCI Region 5 (Eastern Illinois University) conference.
Loretto Alfresco (1970/2009)--fixed media
0:00
Loretto Alfresco is one of several tape pieces created in my teens. Recorded under a tree on a small Wisconsin farm, it features my childhood friend Thomas Loretto (1953-2016) playing an array of "found” percussion objects. Its premiere, four decades later, was during the inaugural NYCEMF (2009). More than a dozen U.S. performances include the American Composers Alliance festival (NYC), ÆPEX (Ann Arbor, MI), CMS national, Electronic Music Midwest, SEAMUS, SoundCrawl: Nashville, VU Symposium, and Earth Day Art Model (IUPUI). International performances include the Noise Floor Festival (U.K.), Toronto Electroacoustic Symposium, Forum Wallis Ars Electronica (Switzerland), and BEAST FEaST (University of Birmingham, U.K.). Loretto Alfresco was previously included in the SEAMUS digital release “Electroacoustic Miniatures 2012: Re-Caged.” The slightly shorter (“piccolo”) version in several “60x60” mixes has also been heard extensively in the U.S. (including ICMC) as well as in Australia, Canada, Italy, Mexico, and Taiwan. Loretto Alfresco will soon be re-released on a new CD of flute and percussion music, ILTA (Neuma, 2022). Featuring flutist Stefanie Abderhalden and percussionists Kyle Flens, Malika Green, Katie (Wiegman) Burdett, and Thomas Loretto, the album will also include works by Robert Honstein, David Maki, and Iannis Xenakis--and will include the first commercial release of Altro Alfresco (also featuring Tom Loretto).