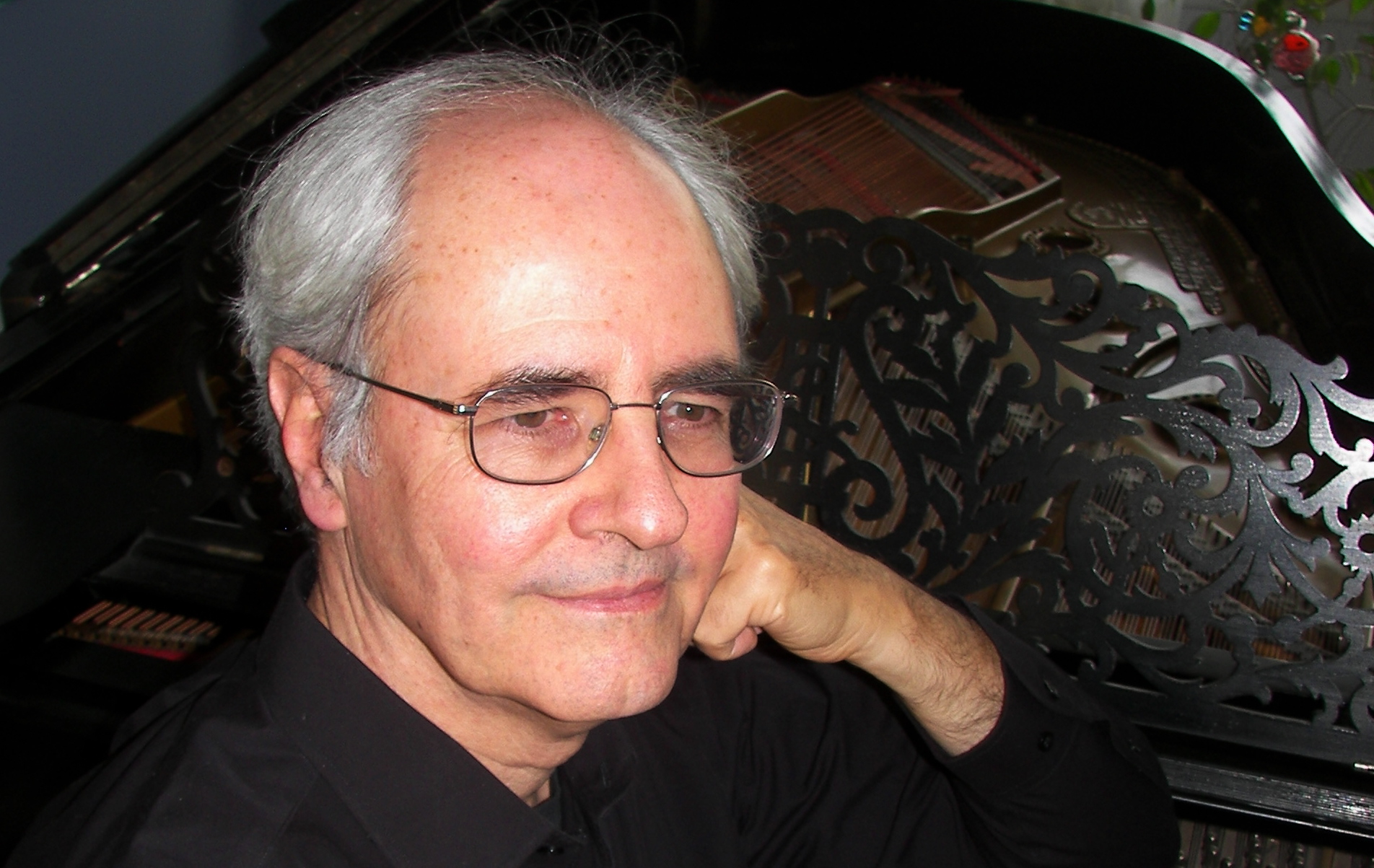 At the piano -- email: daugmuse@hotmail.com

BIOGRAPHICAL SKETCH - R. Michael Daugherty’s catalog of compositions contains over 300 works, including song cycles, choral works and pieces for orchestra, band, chamber ensembles and solo instruments. His vocal music is text-driven, where the music enhances the meaning of the written word, and his instrumental music strives for accessibility within the context of pantonal techniques. Performances in the 2016-2017 season included “Spirit of God” in Buffalo, New York, “From Fits and Starts” on the CSU-Fresno campus, “Before the Paling of the Stars” at the TUTTI Denison Festival in Granville, Ohio, “Reunion/Reminiscence,” at the Jureit Musicales in Stuart, Florida, and A Color Palette at the Southeastern Composers League Forum in Lexington, Virginia. All the above were world premieres. In addition, his orchestra work, Nothing Bitter Suite, had two performances by the Space Coast Symphony Orchestra in Vero Beach and in Melbourne, Florida, and “Spirit of God” had an additional performance at Denison University. Premiere performances in the 2017-2018 season include “Trombone Soup” at the International Trombone Festival in Redlands, California and “Love’s Philosophy” at Ithaca College in Ithaca, New York. Additionally, three song cycles based on texts by Emily Dickinson (Visions of Eternity, A Wagtail Dance and Emily in Love…Emily Alone [premiere]) were performed at the University of Minnesota-Duluth. Dr. Daugherty holds a B.A. degree from Denison University, studying with Eliot Borishansky and M.M. and D.M.A. degrees from The Ohio State University studying with Marshall Barnes. He taught music theory at Coastal Carolina Community College in Jacksonville, North Carolina, for over thirty years, retiring in 2011. He now lives in Vero Beach, Florida, with his wife Lorraine. They enjoy the rich cultural life of the Treasure Coast, as well as the many beaches and parks. More than half of the works in his catalog have been composed since his retirement.

Lux Perpetua
0:00
This is the premiere performance of this prize-winning piece by the Ars Nova Chamber Orchestra in Washington, DC. The work is a symphonic poem. In the program, the strings represent the "everlasting light," while the woodwinds offer a plea for mercy and the brass, a fear that as humans we are unworthy of the protection of the light.
Southern Landscapes
0:00
This recording is the third and fourth movements of my first string quartet. (As of this posting, I have composed eight string quartets.) It was recorded by the Ciompi String Quartet of Duke University in a performance at Coastal Carolina Community College in Jacksonville, North Carolina, in 1991.
"Town Gossip" from Love's Shades of Gray
0:00
Marquerite Krull, soprano, and Craig Ketter, piano. The text is by contemporary poet Rob Smith.
If I Take the Wings of the Morning
0:00
Psalm 139 with additional text by the composer. This is a performance by the Cape Fear Chorale, Jerry Cribbs, Director.