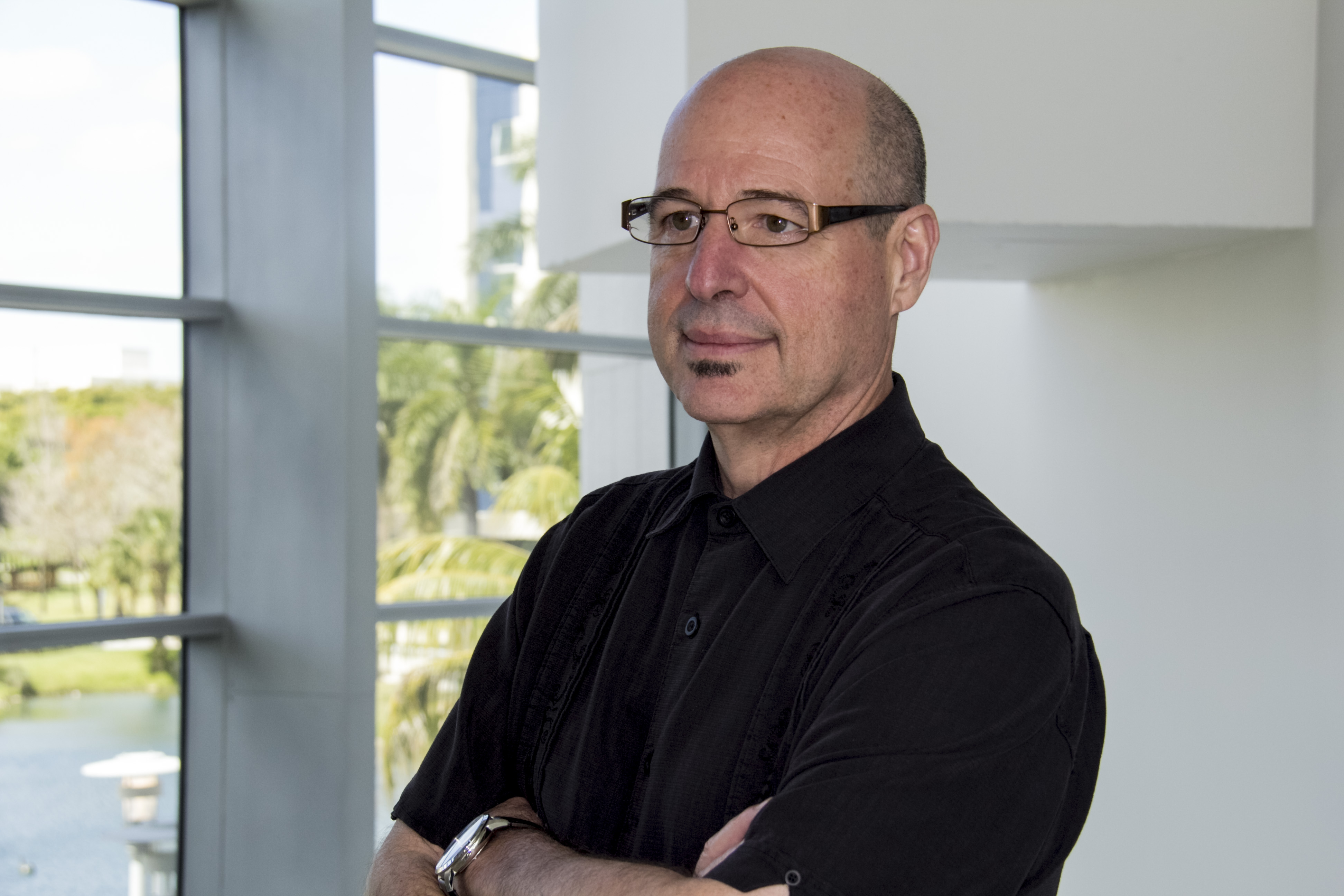 Born in Havana, Cuba in 1954, Garcia migrated to the United States in 1961. In demand as a guest composer and lecturer, he is the recipient of numerous honors and awards from a variety of organizations and cultural institutions including the Rockefeller, Fulbright, Dutka, Civitella Ranieri, and Cintas Foundations, the State of Florida Council for the Arts and the Ariel, Noise International, Matiz Rangel, Nuevas Resonancias, Sonic Circuits, Salvatore Martirano, and Bloch International Competitions. Most recently he has been the recipient of 4 Latin Grammy nominations in the best Contemporary Classical Composition Category (2009-11, 2014). With performances in most of the major capitols of the world, his works are recorded on New Albion, O.O. Discs, CRI /New World, Albany, North/South, CRS, Rugginenti, VDM, Capstone, Innova, CNMAS, Opus One, Telos, and Toccata Classics.

Through more than 200 works composed for a wide range of performance genres, Orlando Jacinto Garcia has established himself as an important figure in the new music world. The distinctive character of his music has been described as "time suspended- haunting sonic explorations" qualities he developed from his studies with Morton Feldman among others.

He is the founder and director of Miami Chapter of the International Society for Contemporary Music (ISCM) the New Music Miami ISCM Festival and is the founder and artistic director of the NODUS Ensemble. A dedicated educator, Garcia is Professor of Composition and Composer in Residence for the for the Florida International University School of Music and the Miami Symphony Orchestra. For more information visit http://www.orlandojacintogarcia.com

silencios imaginados (imagined silences)
0:00
silencios imaginados (imagined silences) was written in the spring of 2001 for the Assisi Musiche Ensemble who premiered the work at the chamber music festival in Assisi, Italy in August of the same year. The work features the subtle interplay and counterpoint between the timbres available on the instruments in the ensemble. In addition the clarinet and flute registers and timbres are expanded with the addition of bass clarinet, alto flute, and piccolo being doubled by the clarinetist and the flutist throughout the work. Subtle gradations in the vibrato used by the instruments as well as a variety of delicate articulations, bowings, and effects performed inside the piano, are some of the more important details that are presented in counterpoint throughout the piece and that are the focus of the work. As with much of my music the counterpoint between registration, timbre, instrumentation, and pacing as well as the exploration of the point where sound ends and silence begins are primary concerns (and hence the title). silencios imaginados was nominated for a Latin Grammy in 2010 in the Best Contemporary Classical Composition category as recorded by the NODUS Ensemble on Innova Records Sonidos Cubanos CD.