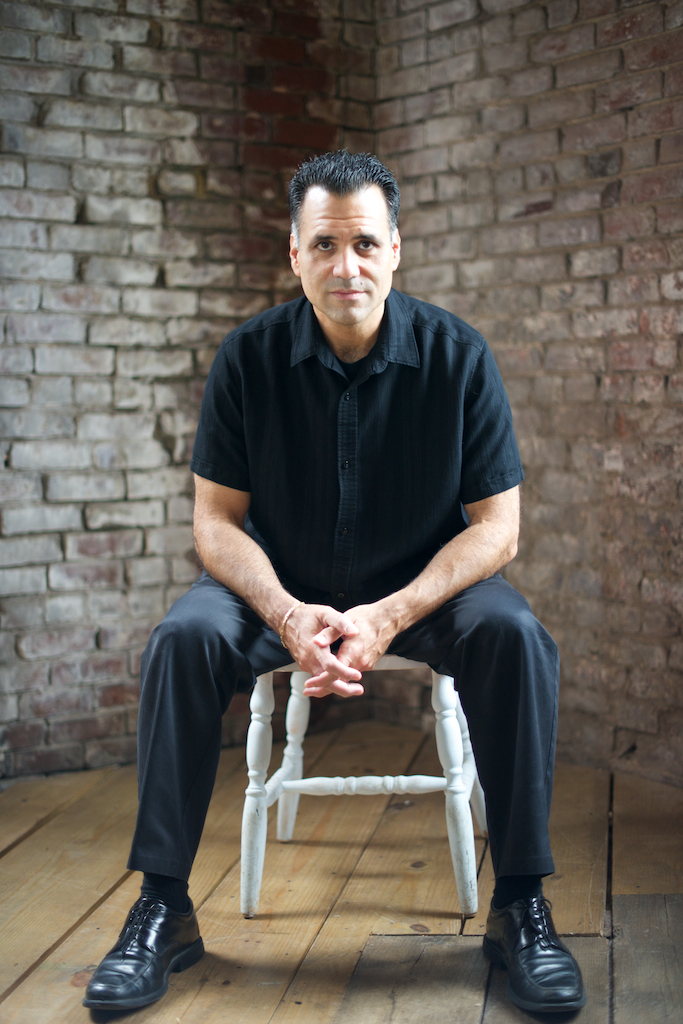 Nickitas Demos (b. 1962, Boulder, Colorado) holds a Doctor of Musical Arts in Composition from the Cleveland Institute of Music, a Master of Music in Composition from the Indiana University Jacobs School of Music and a Bachelor of Music in Clarinet Performance from the University of North Carolina at Chapel Hill. His principal teachers were Donald Erb (1927-2008) and Roger Hannay (1930-2006). Commissions include works for the Cleveland Orchestra, Atlanta Ballet, Nashville Chamber Orchestra, Atlanta Chamber Players, and the National Association of College Wind & Percussion Instructors. He is the recipient of numerous grants and awards including: Semi-Finalist in the 2015 Rapido! Composition Competition; MacDowell Arts Colony Fellowship (2012); Grand Prize in the 2004 Millennium Arts International Competition for Composers; Grand Prize in the 2005 Holyoke Civic Symphony Composition Competition; Birmingham and Atlanta Prizes in the Hultgren 2005 Solo Cello Works Biennial Composition Competition; and 18 ASCAP Awards among others. Demos’s works have been programmed at festivals, symposia and conferences including the 43rd Dimitria Festival (Thessaloniki, Greece); the 18th International Review of Composers (Belgrade Serbia); the International Festival – Institute at Round Top (TX); the Ernest Bloch Music Festival (Newport, OR); the New Music Forum Festival of Contemporary Music (San Francisco, CA); and at National and Regional Conferences of the Society of Composers, Inc. (SCI) and the College Music Society (CMS). His music is self-published through Sylvan Lake Press (ASCAP) and has been recorded by Ablaze Records, Albany Records, MSR Classics and Capstone Records. Professor of Composition and Coordinator of Composition Studies at Georgia State University School of Music, Demos is the Artistic Director of the neoPhonia New Music Ensemble and co-founder and co-artistic director of the SoundNOW Contemporary Music Festival. Additionally, he served on the Board of Directors for the MacDowell Colony from 2013-2016 and the Executive Committee of the Society of Composers, Inc. (SCI) from 2005-2014. For more information: http://nickitasdemos.com.

If you are interested in hearing more of music, please visit my website at nickitasdemos.com. From the site, you can also find links to my Soundcloud and Reverbnation pages as well as my blog, "Greek & Composing."

Citizens of Nowhere
0:00
The title "Citizens of Nowhere" is taken from an article of the same name written in 2003 by Paul Kingsnorth for The New Statesman. The article puts forth the assertion that a new global middle class is emerging. Kingsnorth calls this new class the “citizens of nowhere,” and opines, “Whether they are scurrying through summit venues, storming the business class gates in airport terminals, lunching at restaurants with high ceilings and unobtrusive waiters, or drinking bottled water in air-conditioned boardrooms, the citizens of nowhere are our new ruling class. Politicians, corporate top dogs, media stars, ‘opinion formers’ and bureaucrats, they occupy a prism of halogen-lit elitism…Rootless, technocratic, unburdened by the baggage of locality or the complications of history, they exist in every nation but feel attached to none.” As a traveling musician, I often find myself within the environment created by the fruit of this class; awakening in chain hotels flanked by chain restaurants and big box retailers. More than this simple comparison, however, this notion extends to the current state of contemporary music composition as well. I can’t help but think about how many “composers of nowhere” there seem to be. Over the years I have attended many contemporary music conferences and festivals or sat on composition panels where one contemporary piece is presented after another. They all seem the same; originating from a nondescript geographical area and possessing all the same textbook techniques. Thus title of the Kingsnorth article, the class it describes and how it relates to my own experience resonated with me. I knew that at some point I would like to write a piece of music influenced by these ideas. The opportunity presented itself when my colleagues Ken Long (clarinet) and Jan Berry Baker (saxophone) approached me about writing a new work for them. The resulting composition, Citizens of Nowhere is the work influenced by the Kingsnorth article. The music is rootless and constantly shifting; never settling for long in any one key center or mood. Even the two soloists do not remain on a single instrument for very long but constantly shift back and forth between different members of their respective instrumental families – the clarinetist moving between the Bb clarinet and bass clarinet and the saxophonist between the alto and soprano saxophones. There is a general anxious feeling about the piece that is manifested by a relatively quick tempo, the use of shifting meters and rhythmic, virtuosic writing. As the piece continues, bits and pieces of melodic fragments begin to reappear and the work begins to gain some cohesiveness. At its conclusion, the music finds solid footing and a clear resolution and therefore seeks to answer Kingsnorth’s final challenge: “The rest of us can join the citizens of nowhere in their empire of the placeless, or we can build new relationships with our own landscapes and our own communities. We can build on our pasts or dismiss them; bleach the human rainbow or loudly defend awkward, stubborn, unprofitable diversity. Somewhere or nowhere. The choice is ours.” I chose somewhere. You can hear the entire work streamed on Soundcloud: https://soundcloud.com/nickitasdemos/citizens-of-nowhere. Sheet music for this piece is available via my publishing arm, Sylvan Lake Press. To order (hard copies or PDF downloads), please visit my website at nickitasdemos.com