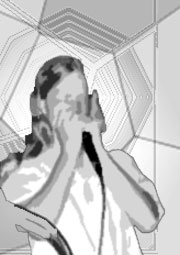 Maxwell Dulaney is an internationally performed composer who has written for and had music performed by many outstanding performers and ensembles including Bent Frequency, Orlando Cela, Chris Finckel, The New York New Music Ensemble, Mikrokosmos (Italy), and Xanthos Ensemble. He was the 1st prize recipient of the 2006 ASCAP/SCI Student Composers Competition.

From his musical beginnings playing the harmonica, Maxwell stepped into the world of modern “classical” music through a side door. He has had the privilege of studying with Sir Harrison Birtwistle, Marty Boykan, Yu-Hui Chang, Eric Chasalow, Chaya Czernowin, Craig First, Isabel Mundry, David Rakowski, and Bernard Rands. Also, He was awarded the McElroy Fund from the Unoversity of Alabama to study harmonica with Howard Levy in Chicago. Mr. Dulaney is currently pursuing his PhD in Composition and Theory at Brandeis University. Upcoming projects include a commission for Fifth Tier Music Ensemble and multiple performances by Orlando Cela in conjunction with Composers in Red Sneakers.

The Rope of Death- The Vine of the Soul
0:00
“The Rope of Death” and “the Vine of the Soul” are two translations of the Quechuan word ayacwasca. Ayacwasca is a religious/spiritual sacrament brewed from the leaves of the banisteriopsis caapi vine and other psychotropic plants. Native to the Amazon, it is used not only in spiritual healings and vision quests, but also for physical medicinal purposes. Interestingly, while under the guidance of ayawasca, an intense aural-visual phenomenon sometimes occurs:

“With Ayacwasca, an interior sound is commonly heard, which quite often triggers a spontaneous burst of imitative vocalizings, markedly unlike any conventional human speech or facial contortions. The tryptamines can apparently trigger a kind of rippling of facial muscles, which results in the production of a vocally modulated pressure wave. What is more startling is that the sound, which gains in energy the longer it is sustained, can actually become visible—as if the vibrational wave patterns were shifting into the visible spectrum or inducing a vibrational excitation of the air in such a way as to affect light diffraction. These observations suggest that although the wave is produced with sound, it may possess an electromagnetic component. This peculiar wave phenomenon will continue to be generated out of the mouth and nostrils and will be visible in the surrounding air as long as the vocalizations are continued.”
-Terence McKenna
The piece is dedicated to Chris Finckel.