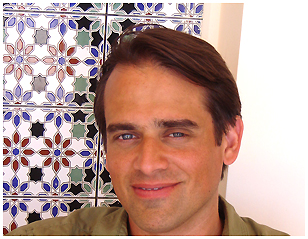 Max Giteck Duykers is a composer whose work is dedicated to unusual beauty. His music has been performed throughout the United States, in Italy, England, and Romania. He was recently commissioned by the Jerome Foundation to create a chamber opera for tenor, electro-acoustic percussionist (performing on Don Buchla’s Marimba Lumina) and pierrot sextet, called The Apricots of Andujar. The piece is being developed with acclaimed playwright and filmmaker Philip Gotanda, and will be co-premiered by Fear No Music and Earplay in San Francisco and in Sonoma County in 2014. He was also recently commissioned by Iron Works on the Edge to compose an evening-length concert of new music for dance for the Fall of 2012, featuring Esther Noh on violin and processed string quartet samples of her string quartet, Praxis. 2013-2014 will bring a new piece developed with PUBLIQuartet for string quartet and string quartet samples. His numerous other commissions and premieres include the Avian Orchestra, The Stony Brook Symphony Orchestra, the Oakland Youth Orchestra, The Seattle Chamber Players, Anti-Social Music, Trio Tara, The Stony Brook Contemporary Chamber Players, HERE Arts Center, PS122, La Mama ETC, Horizon Theater Rep., and the Stony Brook Department of Theater Arts. His Glass Blue Cleft was recently released by the Escher String Quartet on Bridge Records (Bridge 9318). Of the piece, Three Village Patch writes "[Glass Blue Cleft] is a piece for lovers of the string quartet, those amazed by how fiery and how dulcet these four-stringed instruments can range in expression." It was chosen as the winner of the New York Composers Circle and Music Now Competitions, and has received performances by NYCC at Symphony Space in June 2012, by PUBLIQuartet at Brooklyn’s Barge Music in September 2012, by the faculty string quartet at Indiana State University’s 46th Annual Festival of Contemporary Music in October 2012 and at Florida State University’s Festival of New Music in January 2013. Duykers’ Setti Momenti was commissioned by the Le Ville Matte music residency in Sardinia, Italy, where he spent the summer of 2010. The piece was also given its US premiere by the Tuscaloosa New Music Collective in August 2012. His music was also featured at three recent music festivals: MusicX at the University of Cincinnati, soundSCAPE at the Vittadini School of Music in Pavia, Italy, and the Seattle Chamber Players’ Icebreaker IV, curated by The New Yorker’s Alex Ross. His sextet Twilight For Adored and Breathless Moments was called “full of surprises” by The Seattle Weekly, and a “gem…beautiful…an absolute pleasure to hear” by artdish.com. Duykers’ Glance was composed for and premiered by the Stony Brook Symphony Orchestra and was chosen as a runner-up for the Minnesota Orchestra Composer Institute for 2010. Duykers has also been commissioned to compose music for over 35 theatrical, dance, film, and multimedia projects in the New York City area, and is currently the composer in residence with the dance company Iron Works on the Edge. With the theatre group Prototype he was an artist-in-residence at HERE Arts Center in 2002-2004, and in 2000-2001 he worked for Philip Glass’ The Looking Glass Studios and Dunvagen Music Publishers, where he did studio recording, Pro-Tools post-production, music sequencing, music copying and music editing for the Philip Glass Ensemble, film scoring projects, and operatic works. He holds a BM from Oberlin Conservatory where he studied composition with Randy Coleman, and has just completed his PhD at Stony Brook University where he studied with Sheila Silver. At Stony Brook he was also honored with the 2012 Ackerman Award for Excellence in Music. He lives in Brooklyn with his wife Rebecca and sons Quinlan and Liev.