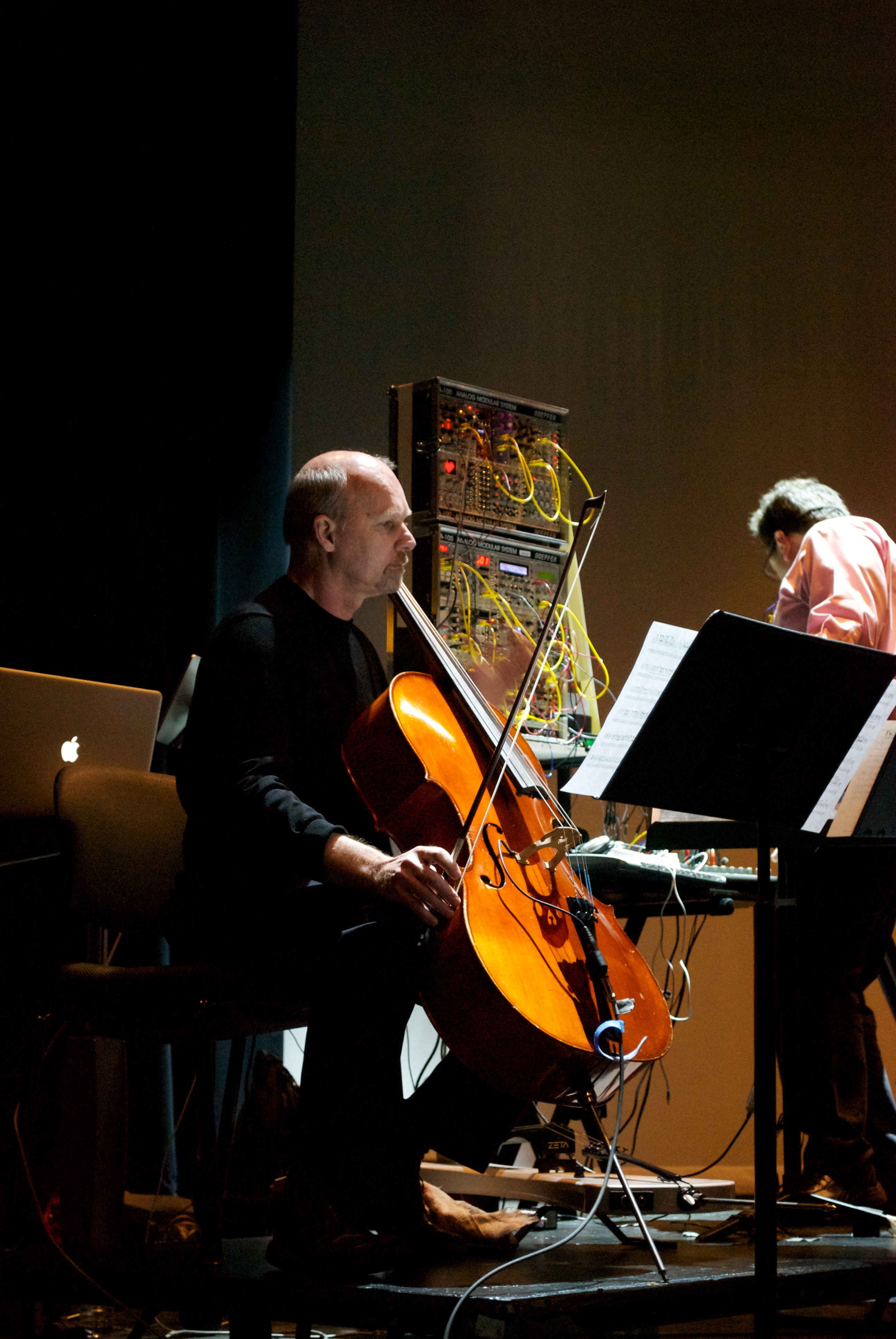 Cornered - for string quartet in quadraphonic sound
0:00
This is an excerpt from the first movement of my string quartet "Cornered." The quartet is for amplified instruments in quadraphonic sound. This excerpt is from a concert at Berklee College of Music in March of 2012. Performers are: Mimi Rabson - violin, Fran Trester - violin, Melissa Howe - viola, Kari Juusela - cello.