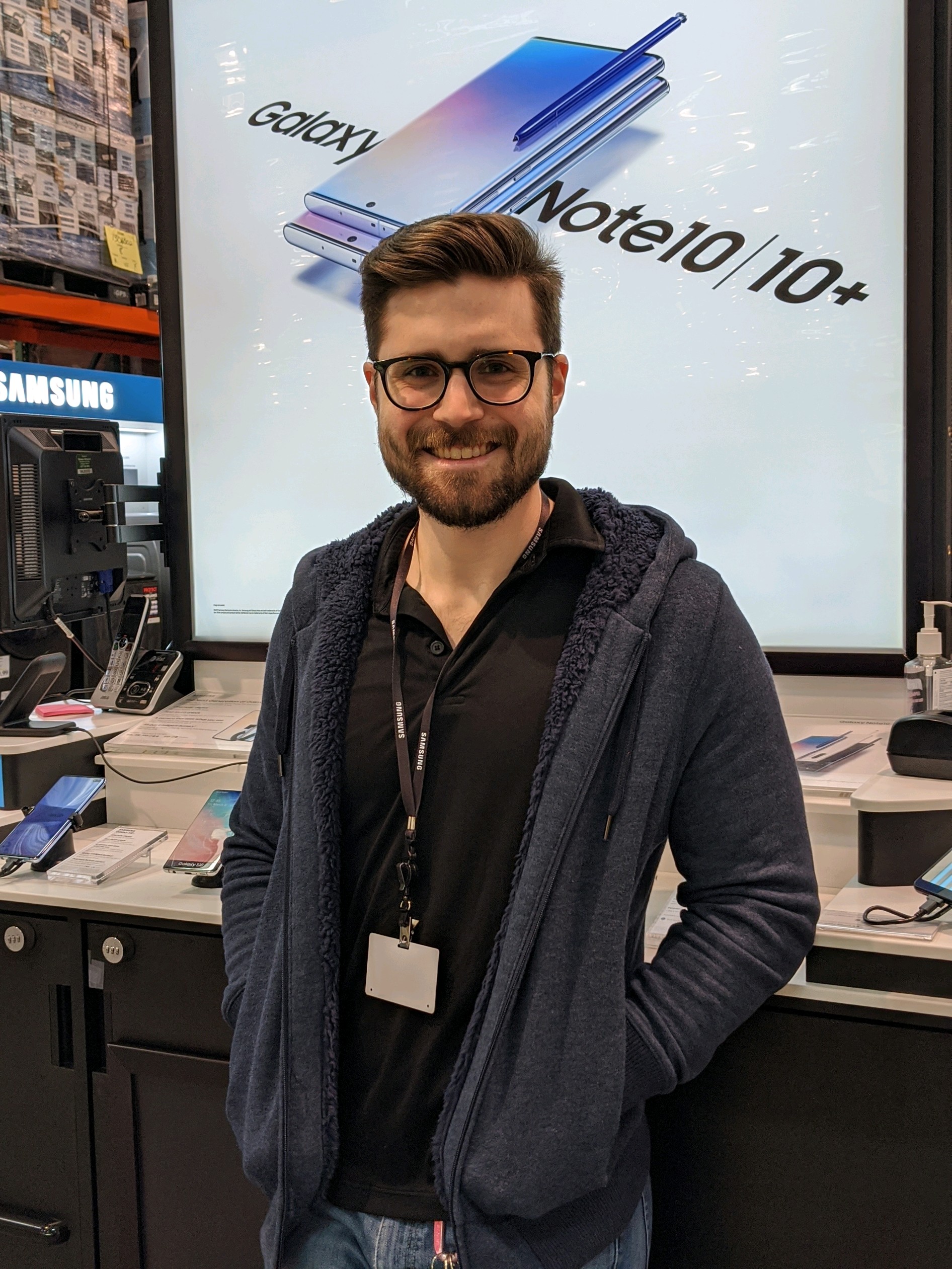 Jon-Luke Martin is an active composer based out of Bowling Green, Ohio. His music has been described as, "hilarious," and containing sounds that makes one feel like they're, "in a dentist office where everyone hates their job." Martin aspires to make music that is entertaining, laughable, and bombastic while (loosely) holding onto his title of composer in the world of serious art music. The Bizarre but True Story of the Rusty Hammer Donut, his newest MicroOpera, was premiered in January of 2019 at Bowling Green State University, where he is currently pursuing his M.M. in Composition under Dr. Christopher Dietz, was performed at the Cleveland Opera {NOW} Fest at Badwin-Wallace University, and placed First in the 2019 Ohio Federation of Music Clubs Collegiate Composition Contest. Martin graduated from Fort Hays State University in Hays, KS with a B.A. in Music Theory/Composition. While there he studied Composition under Dr. Timothy Rolls, Voice under Dr. Joseph Perniciaro, and Piano under Dr. Irena Ravitskaya.

An Incomplete Look into the Mind of a Young Adult Author (2019)
0:00
Using text from John Green's, "Turtles All the Way Down" the piece aims to show the audience a glimpse into the mind of someone with mental health issues, which is a connection between both John Green himself, and the main character of the novel, Aza. This piece was written within 24 hours, and performed in the next 24, in participation with BGSU Praecepta's event 24x24. The performer is Ali Hegedus.
My Goldblum Phase (2019)
0:00
I decided it would be a fun piece to take the Goldblum laugh from the helicopter scene in Jurassic Park, and phase it. I added a few extra layers for interest, and there we had it. It is best listened to in quality headphones.
To You (2017)
0:00
My 2017 homage to the cherished individual in my life. The soprano in this recording is Mickey Miller, and the pianist Humay Gasimzade.
Cold Brew Rejuvenation (2019)
0:00
This piece is written for my friend Tom Roggio, and uses two sets that spell out his first and last name. The sets are arranged by a system I devised using Tom's tweets. So, this piece is basically Tom's Twitter for your ears.