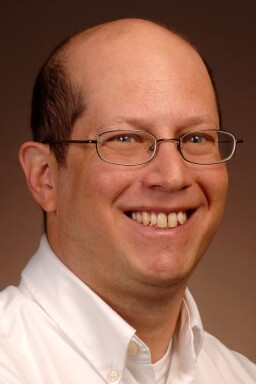 Jody Rockmaker (born 1961, New York City) received his Ph.D. in Composition from Princeton University. He has studied at the Manhattan School of Music, New England Conservatory and the Hochschule f³r Musik und darstellende Kunst in Vienna. His principal teachers have been Erich Urbanner, Edward T. Cone, Milton Babbitt, Claudio Spies, Malcolm Peyton and Miriam Gideon. Dr. Rockmaker is also the recipient of numerous awards including a Barlow Endowment Commission, Fulbright Grant, two BMI Awards for Young Composers, an ASCAP Grant, the George Whitefield Chadwick Medal from New England Conservatory, and a National Orchestral Association Orchestral Reading Fellowship. He has held residencies at the MacDowell Colony, Yaddo, the Djerassi Resident Artists Program and Villa Montalvo, and has been a Composition Fellowship at the Tanglewood Music Center. He taught at Stanford University and is currently an Associate Professor at Arizona State University School of Music.

Most of my music can be ordered directly from American Composers Edition www.composers.com. Search by my name or the name of the composition. You can also check out my website: www.jodyrockmaker.com