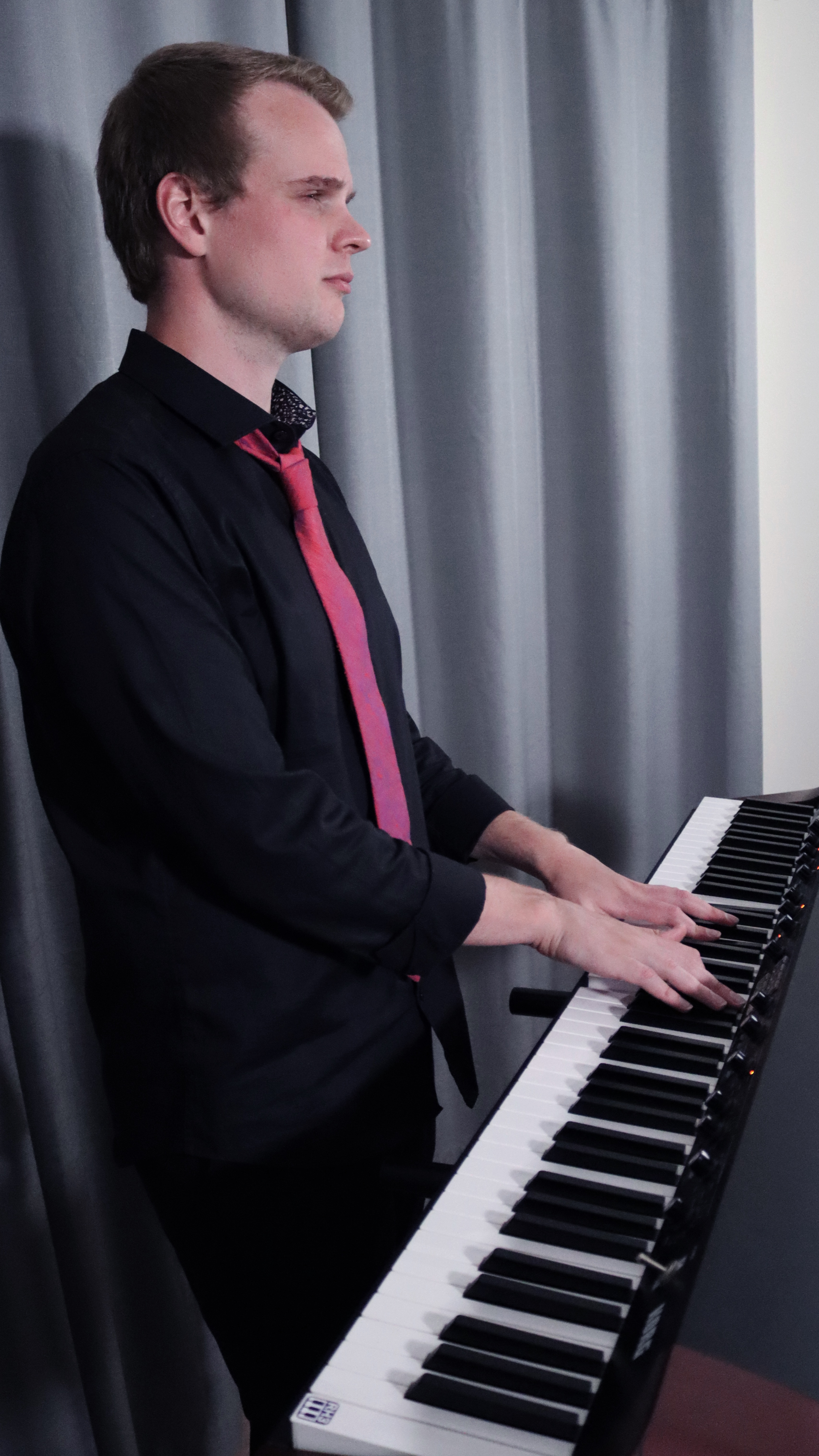 Jared Richardson is a Canadian composer, music producer, and pianist currently based in Vancouver, BC, and graduate of Berklee College of Music (Boston, MA). His creative work encompasses orchestral, jazz, pop, electronic music, and film scores. Jared’s orchestral compositions have been performed by the Victoria Symphony, Toronto Symphony Orchestra, Vancouver Symphony Orchestra, Hollywood Studio Symphony, and Rousse Philharmonic Orchestra (Bulgaria). He has contributed orchestrations to films including Get Out (Universal Pictures) and Guardians of the Galaxy Vol. 2 (Marvel Studios). In addition to his work as a composer, Jared serves as bandleader and keyboardist for J.D. Rich (songwriter/producer project), and The Crazy 8 (instrumental fusion collective). He also contributes a diverse range of musical skills to the work of other world-class artists, including several recent collaborations with the Vancouver-based Michael Kim Big Band. Jared finds musical inspiration in nature: many ideas arrive while hiking amid the dramatic scenery of the West Coast, and he often writes entire pieces during outdoor explorations. Across all genres, the primary focus of his writing is melody - which he considers the most fundamental element of music. Jared's mission is to create music that is appealing to a wide audience, while upholding high values of artistic integrity.