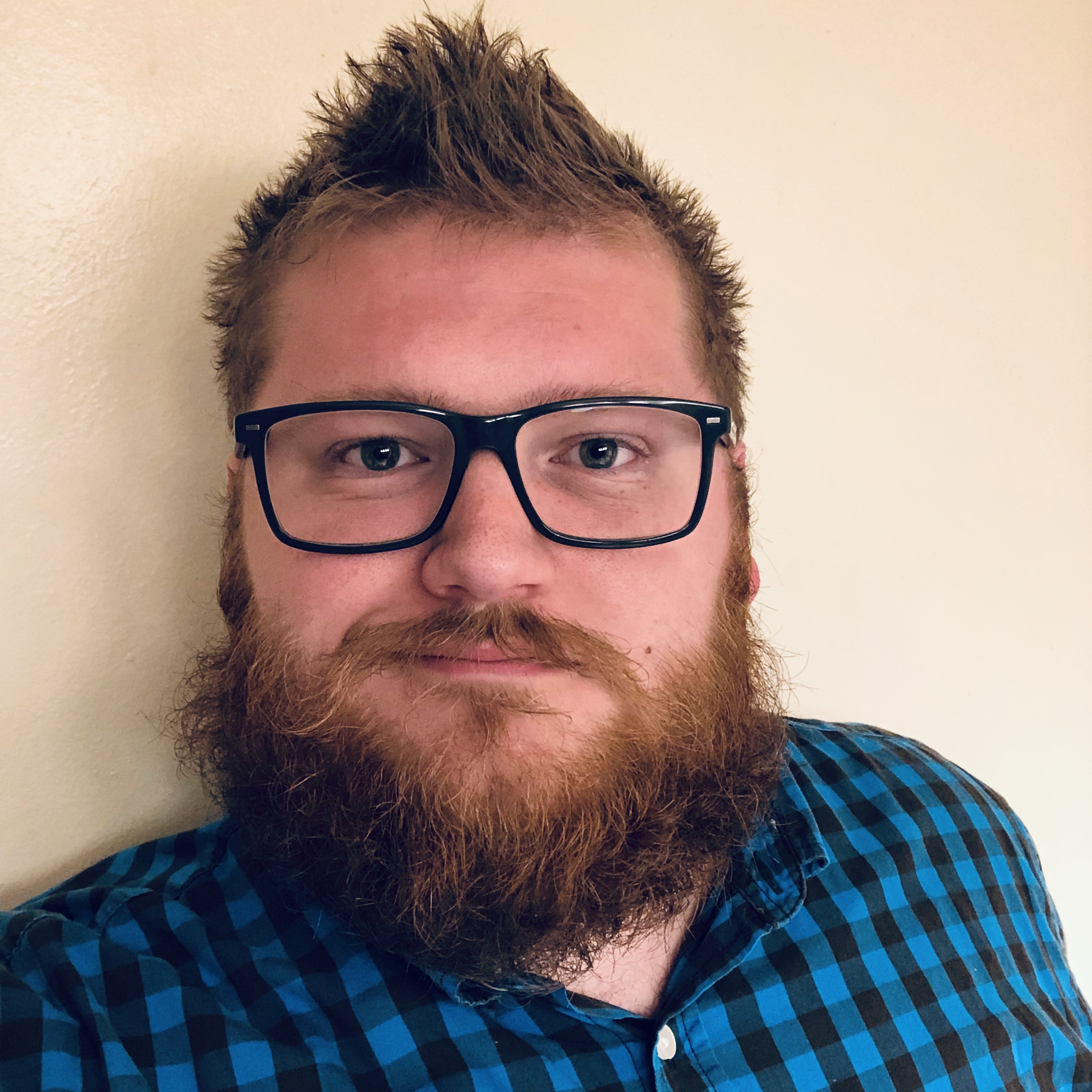 Bio: Jared Knight is a composer and performer of progressive acoustic and electroacoustic music. His music is characterized by disjunct, interlocking rhythms; extended harmonies and angular melodies; glitch and soundscape textures; and gradual, additive development. Jared is a vigorous advocate for musical pluralism and draws inspiration from a wide variety of musical influences, including indie and alternative rock, funk, jazz, minimalism and post-minimalism, progressive metal, hip-hop, and EDM. ​ Jared's music has been performed around the United States and in Europe. Recently, Jared was commissioned by the TaiHei Ensemble (OR) for a new bass clarinet solo. The composition, Black and Red (2019), was premiered in February 2019 at Tykeson Hall (Eugene, OR) by clarinetist Calvin Yue. Yue also gave the Portland, OR premiere in June 2019 at the Lan Su Chinese Garden. Also in February 2019, the University of Oregon Percussion Ensemble premiered Jared's percussion quartet, Goldbach's Conjecture (2019) in Aasen-Hull Hall (Eugene, OR). That same month, Jared also premiered his electronic work Acid Rain (2019) for fixed stereo media, the result of his involvement in Insitu Records' gamelan remix project. Jared's electroacoustic work Now is the Time (2018) for piano and live electronics received its Oregon premiere (November 2018, Tykeson Hall), not long after being selected for performance in the 2018 Electroacoustic Barn Dance at Jacksonville University (Jacksonville, FL) and the 2018 Research on Contemporary Composition Conference at University of North Georgia (Dahlonega, GA). Jared gave the premiere of Now is the Time in January 2018 at Boise State University (ID). Other recently premiered works include Side Streets (2018) for Emergency Stopping Only (ID); Murmurs (2018) for fixed media; and absolute[ly not] music (2017), a collaboration with composer/trombonist Francis Judilla (NV) for bass trombone, piano, and live electronics. ​Jared's music has also received performances by the following performers and ensembles: the Donald Sinta Quartet (MI), Sound of Late (OR & WA), the Apollo Saxophone Quartet (NC), Quartetto Indaco (Italy), 15.19ensemble (Italy), the Boise Choristers (ID), trumpeter Aaron Kahn (OR), and pianist/composer Nicholas Pietromonaco (OR), and the Boise State Sax Quartet (ID). His music has been performed in such venues as Chiesa di San Luca (Italy), Chiesa di Santa Maria di Canepanova (Italy), University of Oregon School of Music and Dance (OR), University of North Carolina Greensboro School of Music (NC), the Kerrytown Concert House (MI), and the Velma V. Morrison Center on the campus of Boise State University. An avid performer of contemporary music, Jared co-directs, composes for, and plays piano in the brain funk band Emergency Stopping Only. Lead alongside composer/saxophonist/vocalist Leonardo Carmelo Escobar and drummer/producer Collin McFadden, the group also features violinist KeAndra Harris and bassist Joe Warnecke. Emergency Stopping Only commissions and performs music by emerging composers. The ensemble plans to release its debut album in 2020. Jared currently pursues dual Master of Music degrees in Composition and Intermedia Music Technology at the University of Oregon School of Music and Dance, where he studies with composers David Crumb, Robert Kyr, and Jeffery Stolet. Jared received the Bachelor of Music in Composition from Boise State University in August 2018, where his primary teachers included composers David Biedenbender, Sam L. Richards, Eric Alexander, J. Wallis Bratt; and pianist Del Parkinson.

Recent News: Emergency Stopping Only releases their first single, Metallurgy Funk (2019). The recording is available on Bandcamp. Acid Rain (2019) was selected for inclusion in the 2019 Electroacoustic Barn Dance at Jacksonville University (Jacksonville, FL). Jared Knight received a commission from the TaiHei Ensemble (Eugene, OR) to compose a new bass clarinet solo. The composition, Black and Red (2019), was premiered in Tykeson Hall on 12 February 2019 by clarinetist Calvin Yue. Yue also gave the Portland, OR premiere at Lan Su Chinese Garden on 13 June 2019. Jared Knight received an invitation to collaborate with the University of Oregon Percussion Ensemble (Eugene, OR) to compose a new percussion quartet. The composition, Goldbach's Conjecture (2019), was premiered in Aasen-Hull Hall on 26 February 2019. Now is the Time (2018) was selected for performance in the 2018 Electroacoustic Barn Dance at Jacksonville University, and the 2018 Research on Contemporary Composition Conference at University of North Georgia (Dahlonega, GA). Side Streets​ (2018) was premiered at the 2018 Oregon Bach Festival Composers Symposium at University of Oregon by Emergency Stopping Only.

Black and Red
0:00
Black and Red (2019) mirrors certain ruminations of my compulsively circuitous trains of thought, including themes of family and culture; repetitive, shifty, and rhythmic grooves; and the stark contrasts in energy, motive, and forethought exhibited between mania and depression. I could say that Black and Red is about a bear trying to catch a fish. But in reality, no extra-musical narrative occupied my mind until after it was planted there by my mother and sister, which was based on their personal listening experience. I could say that Black and Red was inspired by symbolism of its namesake colors as seen within the context of Chinese culture. That would be appropriate, considering the commissioning ensemble and their intercultural objectives. But it would, again, be inaccurate. Instead, I will say that Black and Red is a reaction to the seeming trends in contemporary music for compositions to begin either very softly, tenuously, and gravely; or to be comprised largely of squawks, multiphonics, and nested tuplets. I did not want to write something that began softly, tenuously, and gravely; nor did I want it to be comprised largely of squawks, multiphonics, and nested tuplets. Depression does not always result in suicide, and mania does not always involve delusions of grandeur. Black and Red was commissioned and premiered by the TaiHei Ensemble.