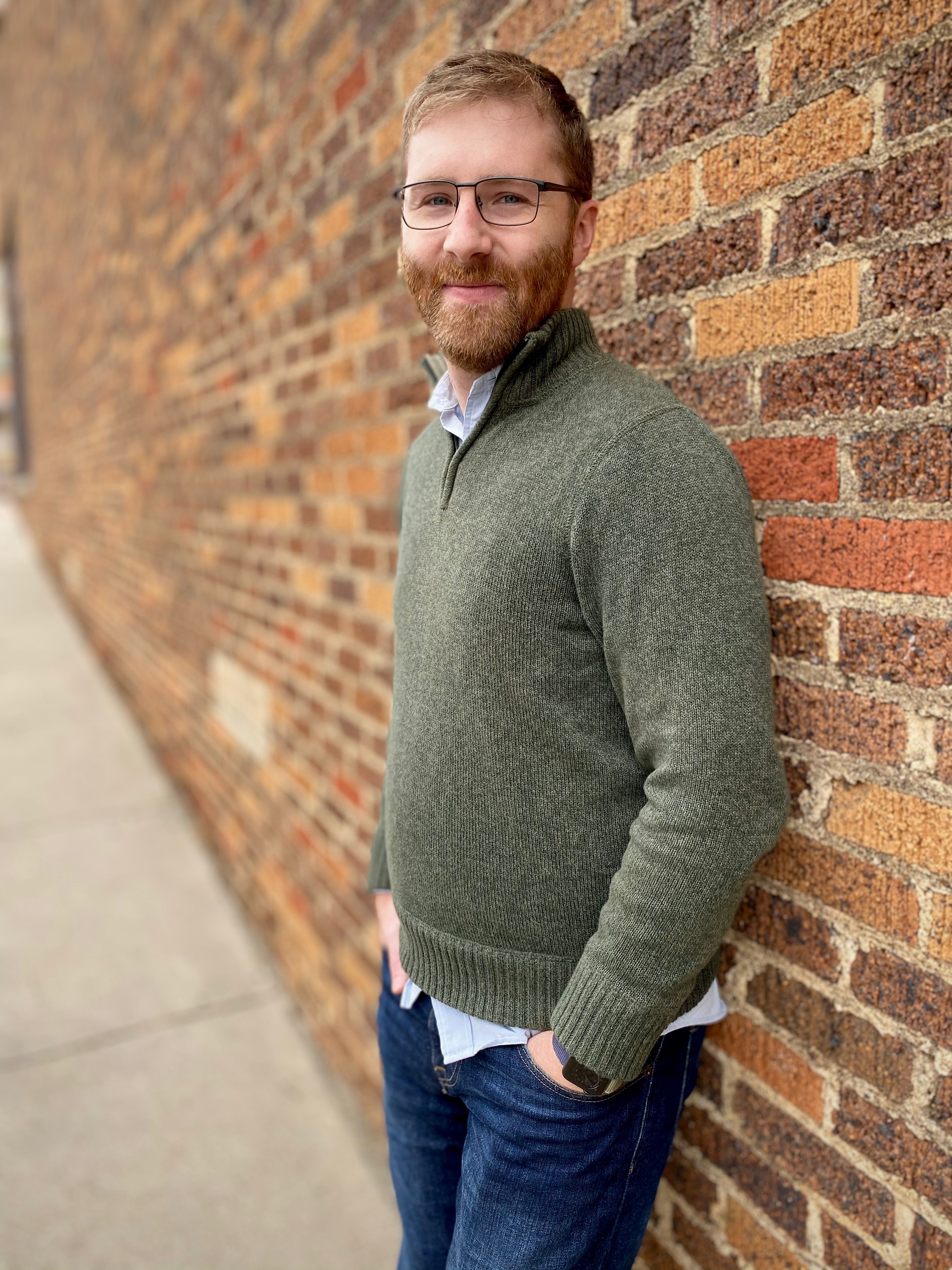 Garrison Gerard (b.1994) is an American composer of electroacoustic and concert music. Characterized by dramatic gestures and moments of arresting luminosity, his music is an exploration through intimate sound worlds. His work builds on multiple traditions spanning from spectralism, modernism, and minimalism as well as reaching back to the classical canon and renaissance music. Growing up in North Georgia, he sang in choir and played violin in orchestra, and the influence of the natural beauty of the area has had a lasting impact on his work. His music has been presented internationally with performances by groups such as [Mod]ular Ensemble, Fort Worth Symphony, and Nu Atmospheres Ensemble. An ardent collaborator, he has been commissioned by ensembles and soloists such as Andrew Cook, Spencer Byrd, the Avenue C Project, Atelier Piano Quartet, and Amorsima String Trio. In 2020 Gerard served as Artist-in-Residence of Padre Island National Seashore—he recorded sounds across the island and incorporated them in multiple pieces exploring the biomes and environmental impact of society along the coast of Texas. Gerard’s current interests are turning toward intermedia collaboration and the interaction between nature and music. Recent works have been an exploration in the essence of sounds, they deconstruct constituent timbres and elements before reassembling them in patchworks of interweaving lines. Combining art forms is an area of expanding fascination; he has had the honor to work with multiple artists in the creation of experimental works and performance art pieces—most recently including works with the choreographer Briana Lee exploring the nature of communication and joint improvisation. In addition to composition, Gerard is a conductor, pianist, trumpeter, improviser, and avid advocate for new music. He is a founding member of the Nu Atmospheres Ensemble and conducts the NOVA New Music Ensemble at the University of North Texas. In 2018 he was the Guest Director for the UNT Percussion Ensemble. A member of the UNT Free Improvisation ensemble, he regularly performs on both trumpet and piano. Working with contemporary composers is a particular focus for him, having conducted the premiere of more than 30 pieces by living composers. Gerard completed his Masters degree in Music Composition from the University of North Texas and received a Bachelors in Piano from Harding University in Searcy, Arkansas. He is currently a PhD candidate at the University of North Texas in Denton, where he serves as a composition teaching fellow. His composition teachers include Joseph Klein, Sungji Hong, Panayiotis Kokoras, Andrew May, Kirsten Broberg, and Jay Walls.

EverWind
0:00
EverWind was written as my Master’s Thesis during my studies at the University of North Texas. It was written following a visit to the Chihuahuan Desert & Colorado plateau. Many of the ideas in the piece are drawn from real locations in the Midwest: Widforss, for example, is the name of a trail at the North Rim of Grand Canyon National Park, where I came across multiple amiable hikers, some raucous bugs, and one very cooperative tree. The influence of the locations is most clearly felt in the fourth movement, which uses actual sounds recorded on the trip. The piece also seeks to explore larger environmental issues, using these real places as jumping-off points. The first movement, “PERMIA," opens with a concert B—the note that is most common in American cities and homes, owing to the 60Hz hum that is created by our electrical system —that is meant to mark a starting point, from which other material will take over in the journey to the wilderness. “Flat” represents those places of repose where objects come to and stay at rest. It is particularly inspired by the salt flats of West Texas. There—less than two miles from the highest elevation in the state—is the lowest point for miles in any direction. Salt has collected from years of runoff and erosion. The white fields almost touched by the shadow of Guadalupe peak stand barren and largely ignored. This movement explores these elements of silence and rest by combining very quiet sounds with hints of pitch derived from the natural overtone series. Written for string instruments only, “Widforss” uses rhythms recorded at the north rim of Grand Canyon National Park as its foundational material. String noise elements are combined with strongly pitched material derived from the higher partials of the overtone series. The final movement, “Switchback,” is a recapitulation of the narrative strands of the piece. The brass and woodwind players are spread around the audience—in much the same way that the fixed media element is spatialized around the hall. Sounds of the Virgin River in Zion National Park and Cave Swallows from Carlsbad Caverns are electronically manipulated to varying degrees while the orchestra provides commentary on the myriad of noises.
Picture for Clarinet & Oboe
0:00
Dedicated to Erin Cameron & Jonathan Thompson This work explores the similarities and contrasts between these two instruments