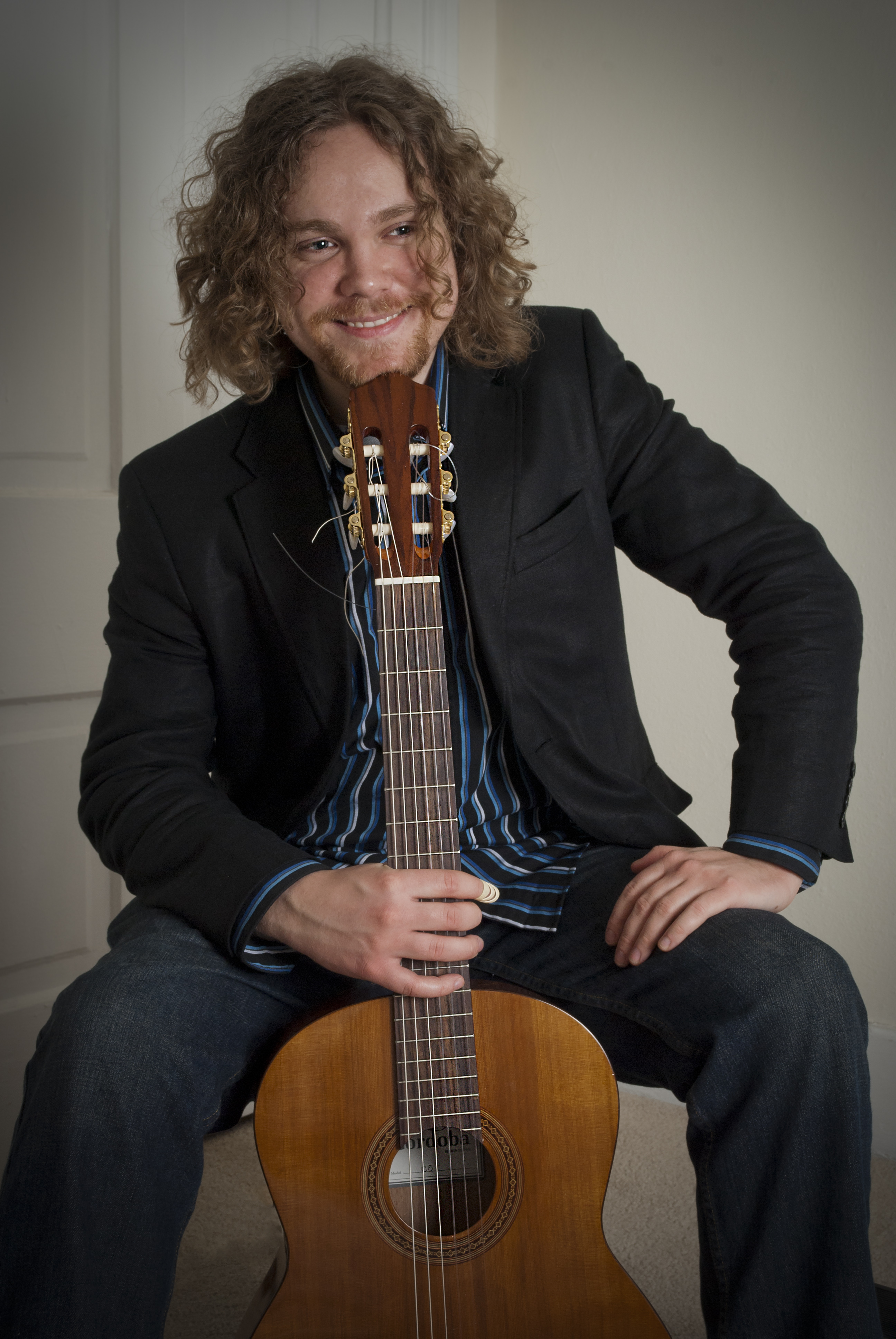 Frank Nawrot (b. 1989) is a composer, guitarist, and music educator from Grand Rapids, Michigan. Currently, Nawrot is a graduate assistant at Central Michigan University (CMU) where he studies composition with David Gillingham and Jay Batzner. Among his duties as graduate assistant are leading the weekly composition studio meetings and working on the CMU audio crew. Beginning in the spring semester of 2015, he will become an adjunct faculty member at Delta College where he will teach courses on the History of Rock ‘n’ Roll and Contemporary Guitar Techniques. ---------- He received his Bachelor in Arts at Grand Valley State University while studying composition with Bill Ryan and classical guitar with Carlos de la Barrera. In 2012 Nawrot was chosen to study with David Lang at a master class during Lang’s residency at Grand Valley. In 2013 he was named Composer of the Year at Grand Valley. ---------- Some central goals of Nawrot’s are to be a responsible artist by bringing attention to issues he feels pertains to the betterment of society and providing quality education to members of his community. His research interests are composition pedagogy, minimalism, and rock ‘n’ roll. ---------- Nawrot’s progressive-rock band, Absinthe, strove to bring together art music and pop music. He has recently formed the contemporary classical group, Duo Insurgent, again striving to perform uncompromising art music that is accessible to more people. Duo Insurgent commissions and performs new works by living composers.