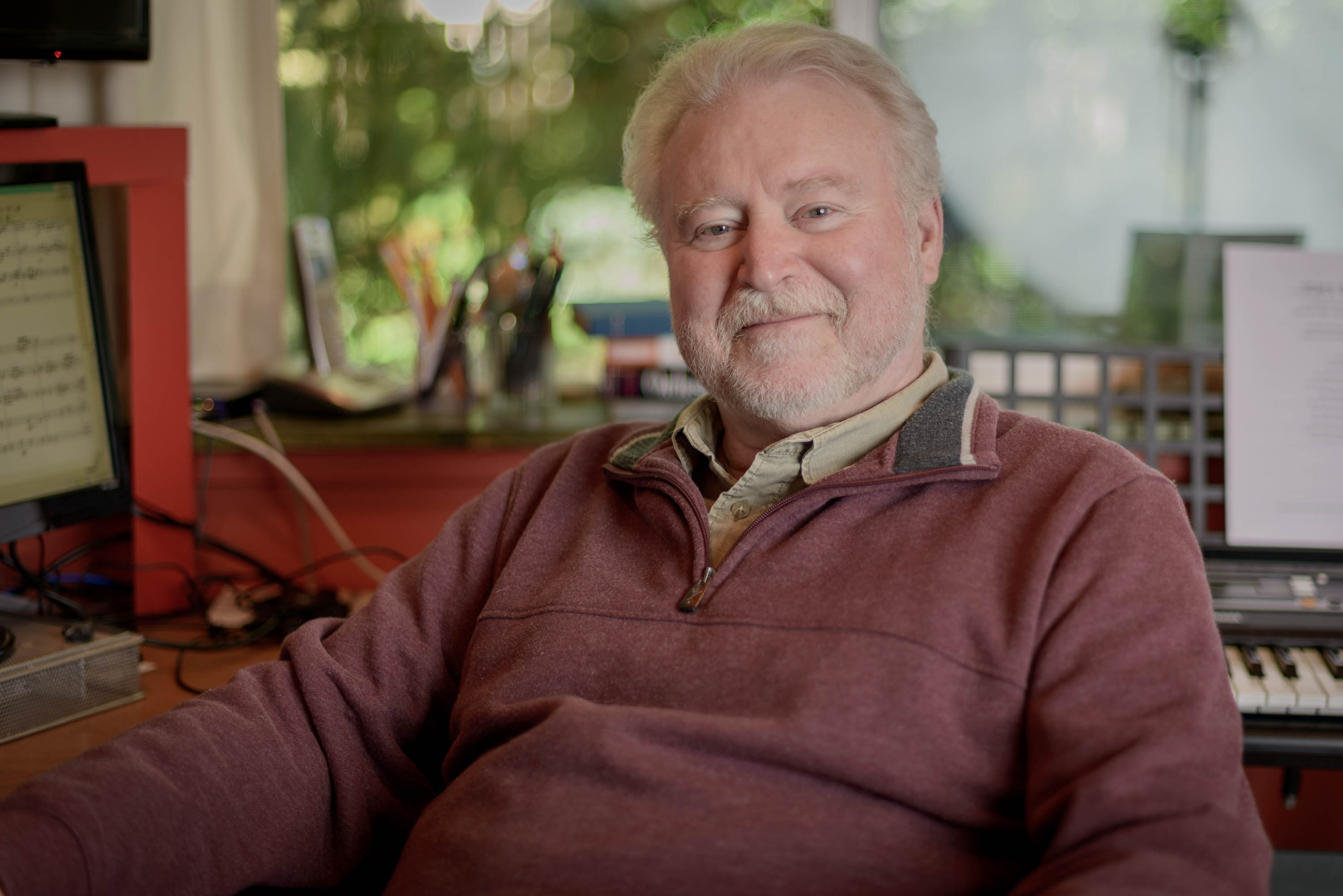 Donald Skirvin studied music at the Jordan Conservatory of Music, Indianapolis, and at Indiana University, Bloomington. He is a member of ASCAP, and his music is available through J. W. Pepper, SMP Press, Yelton Rhodes Music, and as self-published works. More information at https://www.donaldmskirvin.com/ Choruses around the US and abroad have recorded and performed his music, which is available on eleven CDs, many of which are available from Naxos of America. He has received three National Endowment for the Arts grants and has received numerous commissions from both local and national ensembles. After fifteen years as Resident Composer for the Seattle ensemble The Esoterics, he was appointed Resident Composer Emeritus in 2013. Music critic David Vernier, writing for Classics Today, said that Donald’s work “is rich in imagery wrought by imaginative use of harmony and apt, sensitive text-setting. And it's also just plain gorgeous music that speaks well for this composer's facility with voices.” And he has been described as “a leading voice in the contemporary choral scene.” About choral composition, he says, “I want to create choral pieces whose music is deeply imbued with the voice of the poet. For such a piece to be successful and effective, I think the music must arise almost effortlessly and inevitably from the words themselves. I value melody in my writing as well as rich and sometimes complex harmonic structures and shifting tonal (and sometimes non-tonal) centers. I am fond of writing unusual sonorities that tend, I think, to surprise the listener.”

Fear No More
0:00
The text for this piece is taken from a threnody (a song sung in memory of the dead) whose first line is, “Fear no more the heat o’ the sun,” text that is taken from Shakespeare’s play Cymbeline. The text lays out the argument against mourning and provides an elegiac injunction not to fear death but instead to find consolation in death’s “quiet consummation.” While the play itself is not often performed, the lines I have set have also inspired other composers, notably Gerald Finzi, and other English composers such as Robert Quilter and Ian Higginson to create art songs. The American composer Stephen Sondheim set two of the four stanzas as a solo for the character of William Shakespeare in his musical The Frogs. In this play, the character of Dionysus wants to hear Shakespeare speak of a young man's feelings about death. And his response is the song "Fear No More." In this choral setting, I have followed the structure of the poem (four stanzas of six lines each) and created four sections, all of which begin a treatment of the words, “Fear no more,” that employs different voicings and registers and which is followed by thematic variations on some common elements. The final stanza is a renunciation of exorcisers, witchcraft, ghosts, and anything ill that could trouble the grave. This last segment uses new, dramatic material, and it begins and ends with a treatment of the words, “Fear no more,” which is set using an irregular time signature of 7/4 so that the rhythmic pulse becomes a temporal and spacious. Printed copies are available here: https://www.jwpepper.com/Fear-No-More/10910132.item#/submit