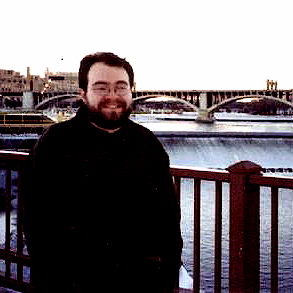 David S. Foley holds the Bachelor of Music degree in Composition from Georgia State University, and the Master of Music degree in Composition from Westminster Choir College of Rider University.
David has composed for various solo and chamber combinations, in styles ranging from habańera to serialism. In 2009, he was commissioned by the Rutgers Theatre Company to compose incidental music for their production of Gardner McKay’s Sea Marks and won the Ruth and Raymond Young Composition Prize from Westminster Choir College for his Three Etudes. The tenor-piano song cycle Three Byron Songs was premiered at the 2007 Region VI Society of Composers, Inc. conference in Warrensburg, Missouri, and his setting of O Magnum Mysterium for women’s choir was selected for performance at the SCI Student National Conference in 2006.
A native of Decatur, Georgia, David has also been an active singer, working since 2001 in High Point, North Carolina; Atlanta, Georgia; Whitemarsh, and Gwynedd, Pennsylvania; and, currently, the Portland, Oregon area where he is outnumbered five to one by his wife, young children, and two cats.

Litany
0:00
A text setting of Phineas Fletcher's poem "A Litany" beginning with "Drop, drop, slow tears." Inspired by C.V. Stanford's six-voice motets, and an attempt at a more robust anthem setting of the text.
O Magnum Mysterium
0:00
My own take on the traditional text. Pure and simple word painting. It was chosen as an entry in the SCI National Student Conference for 2006.
Orion
0:00
The Orion of Greek mythology is shrouded in mystery. He seems to have been by turns the hunter, then beast-like; similar to the better-known Enkidu of the Epic of Gilgamesh. But it is the nebula named after the Titan that inspired this piece. I have sought to convey a feeling of the otherworldly wonder I feel when viewing some of the telescopic images of the Orion nebula.
Three Byron Songs I - She walks in beauty
0:00
“She walks in Beauty” was included in Lord Byron’s Hebrew Melodies (published in 1815), a collection of poems written specifically to be set to music. The poem’s inspiration came when Byron attended a party at the same time as his cousin, Mrs. Anne Wilmot, who arrived in a sequined mourning dress for her recently deceased husband, Lord Wilmot.