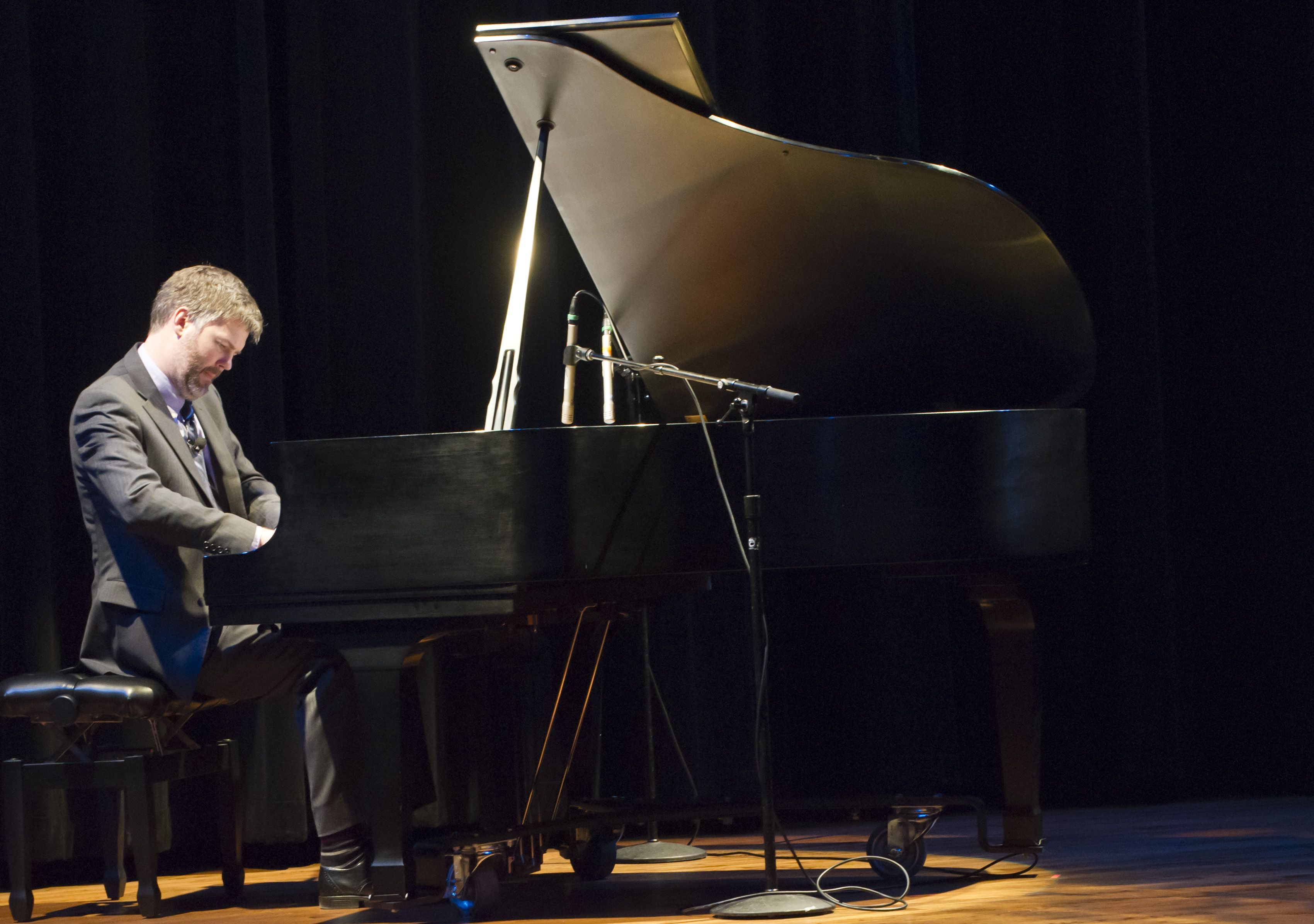 Dan Cavanagh on the piano

Dan Cavanagh is a composer and pianist who has garnered numerous awards in both areas. He received a 2009 gold medal prize from the National Academy of Music’s International Music Prize for Excellence in Composition. Cavanagh received Honorable Mention in the 2007 Gil Evans/IAJE Commission Competition, Featured Performance at the 2006 International Jazz Composers’ Symposium, finalist in the 2002 and 2005 ASCAP Young Jazz Composers competitions, among other awards. His music continues to be performed across the country and internationally. He has received commissions from a wide range of jazz and classical groups across North America and Europe. His music can be found on a variety of American jazz and classical recordings. Cavanagh’s music is published by Sierra Music Publications, Walrus Music (eJazzLines), UNC Jazz Press, and Echo Composers. Cavanagh is the founding Artistic Director and pianist of the American Jazz Composers Orchestra, a big band dedicated to performing music written by living American composers. He has performed with Grammy-winners Joe McCarthy and Irma Thomas, and many leading jazz musicians. Cavanagh serves as an Associate Professor of Music and the Director of Music Industry Studies at The University of Texas at Arlington. More at www.dancavanagh.com.

Diving Reverence on the Far Eighty
0:00
Concerto for Piano and Orchestra