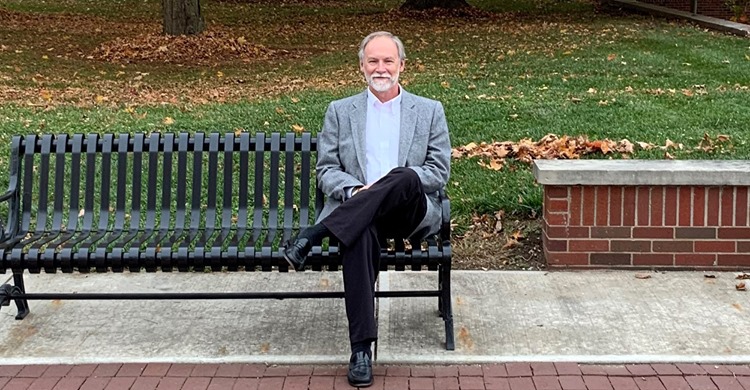 Charles Savage, a South Zanesville, Ohio native, is Senior Lecturer of Music at Ohio University � Zanesville since 1998. He received his B.A. from Harding University, attended Ohio Valley University for two years. He received Masters Degrees in Music Theory/Composition and Music Education from Ohio University. He has taught music theory, literature and vocal classes, and conducts the OUZ Choral Union. His music has been performed in several states including Iowa, Ohio, West Virginia, Texas, Louisiana, Wisconsin and Arkansas. His composition "Mad Rush to the End has received multiple performances (with a performance in Ghent, Belgium), as well as his Short Symphony for Wind Ensemble No. 1, in which he has conducted the performances at Muskingum University, and was the guest composer/artist. In 2004, he received the Alumni Medal of Merit Award from Ohio Valley University. In 2006, he was awarded the Education in Excellence award by the Ohio magazine. In 2009, recipient of the Textbook Faculty Innovators Award. He is a member of ASCAP, and a lifetime member of the Society of Composers, Inc.,

Mad Rush to the End
0:00
Mad Rush to the End.... was written for the Krenzel-Doggett Duo. It's instrumentation is Bb Clarinet and Tenor Saxophone. It has been performed in Ohio, Iowa, Indiana,Arkansas, in Ghent, Belgium. Now available for purchase from Alliance Publications, Inc. Has been recently recorded by Deiter Flury on Parma Rrecords (2019).
Requiem for Whispered Voices
0:00
Written for Six Part Spoken Chorus: Three in Latin and Three in English. Performance from Clarke College on October 8th, 2009. For score, contact the composer.