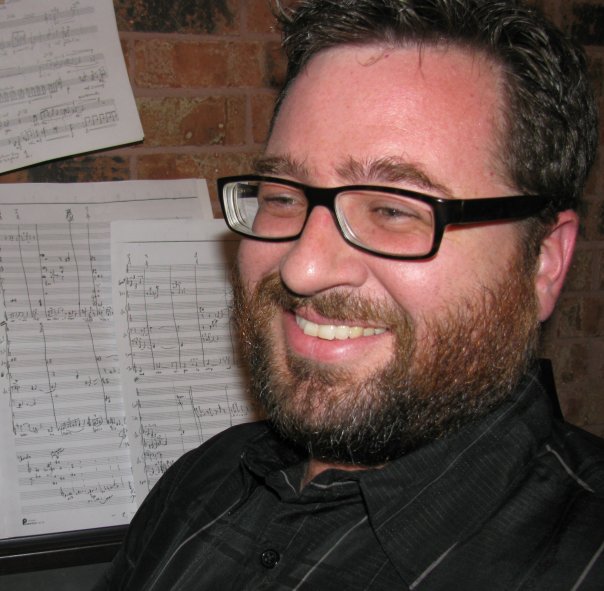 B. P. Herrington was born in Silsbee, Texas, in 1976. His music has been performed by the London Sinfonietta, the Royal Academy Symphony Orchestra, New York Youth Symphony, the BBC Singers, the Montague String Quartet and pianist Wu Qian, in venues such as Queen Elizabeth Hall, Carnegie Hall, and London’s Purcell Room. He is founding director of Intersection New Music Ensemble at Sam Houston State University, Huntsville, Texas.


He earned a Ph.D. in music composition at the Royal Academy of Music, London, where he studied from 2001-2004. He has studied privately with Marc Satterwhite and Steve Rouse at the University of Louisville, and Grawemeyer Award-winning composer Simon Bainbridge at the Royal Academy. He has attended composition masterclasses with Sir Peter Maxwell Davies, Karel Husa and Donald Erb. Herrington also attended masterclasses with Helmut Lachenmann, Beat Furrer and Georges Aperghis at the Darmstadt International Summer Courses in 2006. In addition to studying trumpet and piano at the undergraduate and graduate levels, he studied conducting privately, in graduate seminars and in masterclasses (Craig Kirkhoff).


B. P. Herrington is the founding director of Intersection New Music Collective. The collective began at Sam Houston State University in 2008, as a student ensemble primarily devoted to works incorporating improvisation and inter-disciplinary collaboration. The student ensemble had its Houston debut at the Moores School of Music, Houston, in October, 2009, with commissioned works by Jay C. Batzner, Kyle Kindred, Evis Sammoutis, and Samson Young. The ensemble was featured on Houston Public Radio's "The Front Row" to mark the debut.


In 2010, Intersection transitioned into a collective of professional musicians in the Houston area to present a program entitled "Geography comes to an end" at the Moores School of Music. In 2011, the Intersection New Music Collective will offer more world premieres and performances at the 49th annual Contemporary Music Festival at Sam Houston State University on Friday, March 4, 2009.