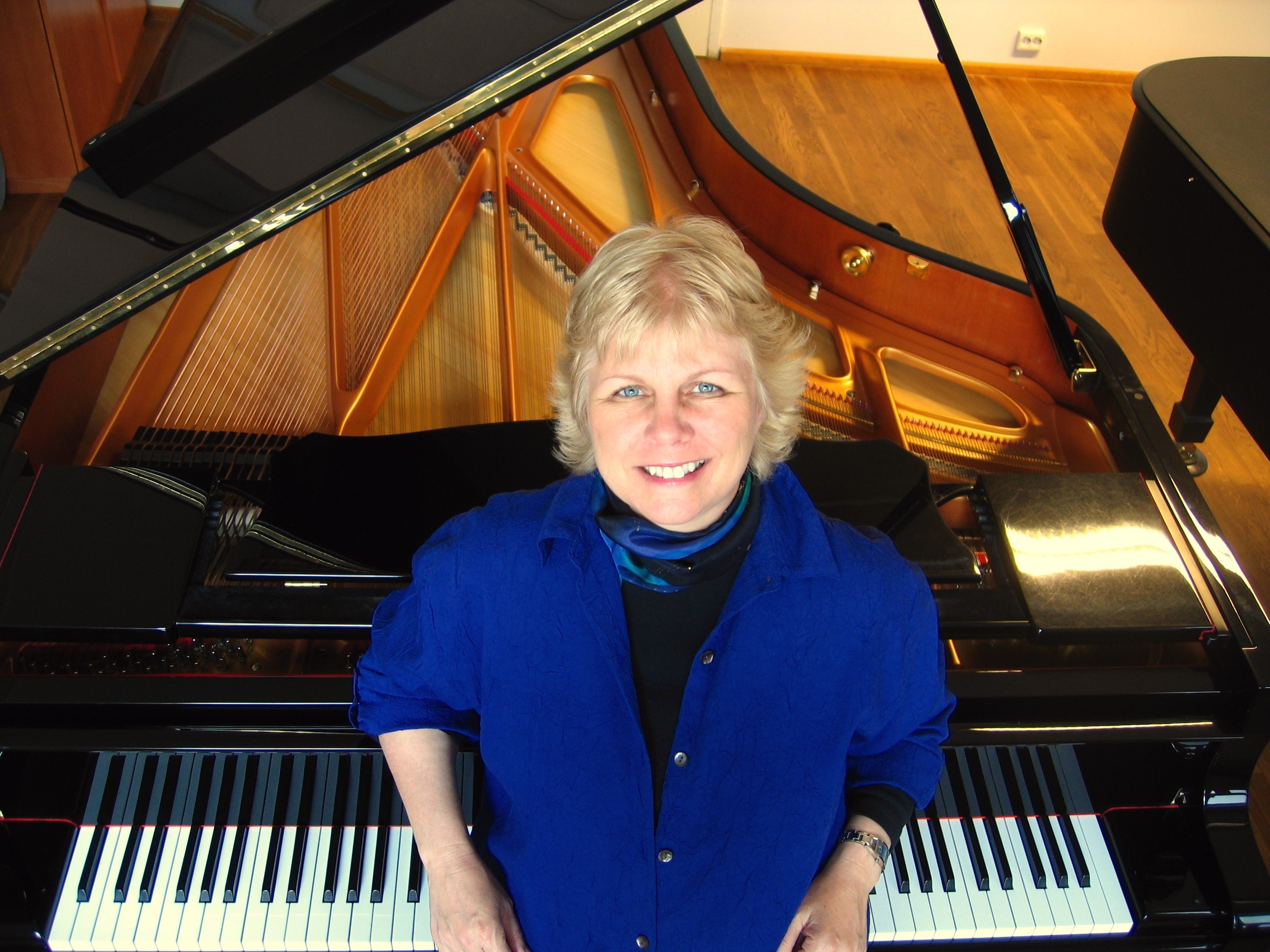 From symphonic to chamber works, Anne Kilstofteís music has been highly praised for its lyrical voice. Her work has been performed internationally to great acclaim throughout Europe, Asia, Australia, and North America and has received awards and honors from international and national institutions including the 2011 Miriam Gideon Award from the International Alliance for Women in Musicís Search for New Music, the American Composers Forum, the Jerome Foundation, the McKnight Foundation, and the American Society of Composers, Authors, and Publishers. Dr. Kilstofte was named a Fulbright Senior Scholar several years ago to teach and research in Tallinn, Estonia at the Estonian Academy of Music. During her stay she also interviewed famous composers such as Veljo Tormis and Arvo Pšrt. Critics have spoken of her music as ďa composer to listen forĒ in the coming years, because Anne Kilstofte ďrepresents a level of artistry and craftsmanship offered by only a few composers recognized to be among the best in the United States.Ē Her one-woman concert at the Basilica of St. Mary in Minneapolis, Minnesota, was singled out by the St. Paul Pioneer Press in Minnesota as a ďBest BetsĒ for that week in entertainment. Others say that ďher display of exceptional variety of tone color, conjuring landscapes that are sometimes misty, sometimes luminous, always atmospheric, truly sets her music apart.Ē Veljo Tormis stated that Kilstofte was one of the few composers ďwho understood how to write for large acoustical spaces, allowing the sound to flow out,Ē he said, referring to the acoustics at St. Nicholas Church in Tallinn, Estonia, which has up to a 7-second delay. In April of 2008, as president of the board of the International Alliance for Women in Music, and coordinator of the Beijing Congress for Women in Music she brought together more than five continents of composers, musicologists, and performers in five days of events and concerts held at the Chinese Conservatory of Music, the National Performing Arts Center, and the Forbidden City Concert Hall. The Divine Lullaby, was performed at the Forbidden City Concert Hall by the Chinese Opera Orchestra during that congress. Ms. Kilstofte holds a Ph.D. in music theory and composition from the University of Minnesota, studying with Pulitzer-prize winning composer Dominick Argento, and independently with Libby Larsen; a Master of Music degree in composition and a Bachelor of Science degree in Sound Technology from the University of Colorado. Over 30 compact discs of her music have been recorded from around the world and her music is regularly featured internationally on radio and web broadcasts. She has written over 85 works for genres including symphony orchestra, chamber orchestra, string quartet, brass ensemble, voice, piano, choir, and dance.

Song of the Anasazi, Soft Footfalls 2012 Awarded American Prize Choral Division - for Distinction. Text excerpt below: And with whichever story you come, from whichever quarter or time, the signs here mean the same, Rock, clay, how they speak to us. And as if from pink-brown pouts of cliff snake-tongues of water have slipped down, dripped down and passing through themselves, running through string thin runnels, the narrowest canyons of their own making, grooved the high mesa, every limb: skin-deep, knee-deep, thigh-deep, hip-deep. The passage of feet feet feet rubbed away this white rock. Women of clay, sooty-lunged, fingertips and palms spiked by cactus, how could they make these tracks? Were they so blade-ankled and slender-hipped? Pots on their heads heavy with hominy, were they so high-stepping, knees to wasp-waists, each foot placed directly in front of the other?... Women of clay, Anasazi women, High-stepping through passage and cut, crack and cleft up and down the windy mesa, they left a dancer within warm rock. Her feet tap, her fingers click, time has not turned down her smile. And there is a piper lifting life's music, replaying it to heaven. Rock-woman, earth-woman, coiled, almost foetal, almost ready to spring out and stand, singing-and-saying and and and

Soft Footfalls, Song of the Anasazi, SATB divisi
0:00
Text is by award-winning poet Kevin Crossley-Holland. This elegiac piece is intended to interpret the feet, treading over and over the rock, centuries ago, washed away by the water. This area is in Northeastern Arizona, near the beautiful rock formations of the Anasazi. The piece was awarded a SPECIAL JUDGE'S CITATION in UNIQUE ARTISTIC ACHIEVEMENT in choral music from the American Prize, 2012. The premiere was by the Shrine of the Ages Choir of Northern Arizona University, where the international congress was held in September, 2011, the International Alliance for Women in Music. The piece is available through Kaska Publishing Company.
Songs of the Night Wind, Summer Stars (Movement 2)
0:00
This piece was recently awarded the Miriam Gideon Prize from the International Alliance for Women in Music. It was commissioned and premiered by the Stockholm String Quartet with Olle Persson, baritone in Stockholm, Sweden. The piece is four movements, Carl Sandburg (Swedish American poet laureate) wrote the texts. Available through Kaska Publishing Company.
Soldier's Prayer for tenor, choir, and organ
0:00
This was the last poem of Joyce Kilmer when he was on the battlefield in WWI. As I often do in my texts, I combine this poem, in which Kilmer speaks of his battle weary pain compared to the pain endured by Jesus Christ in his last days. I added an additional text, only the first verse, of the Stabat Mater, sung by choir which is This piece features First Readings Project conducted by David Ostenso Moore, with tenor Andrew Kane. The piece is for tenor solo, choir, and pipe organ.
O Magnum Mysterium
0:00
I have long wanted to complete a "Magnum" and have actually worked with texts all around it. When I finally began working on it I originally intended it for TTBB. I have now worked on several iterations of the piece, and this is the one that I have decided says it all without saying too much (I am loath to write too much, I tend to heavily edit my work). So here is a recent premiere done in a madrigal style group called Solis Camerata directed by Kira Rugen. The piece was performed in November 2016. I apologize for the applause. I didn't have the ability (not being near my regular computer) to edit it out at this moment.