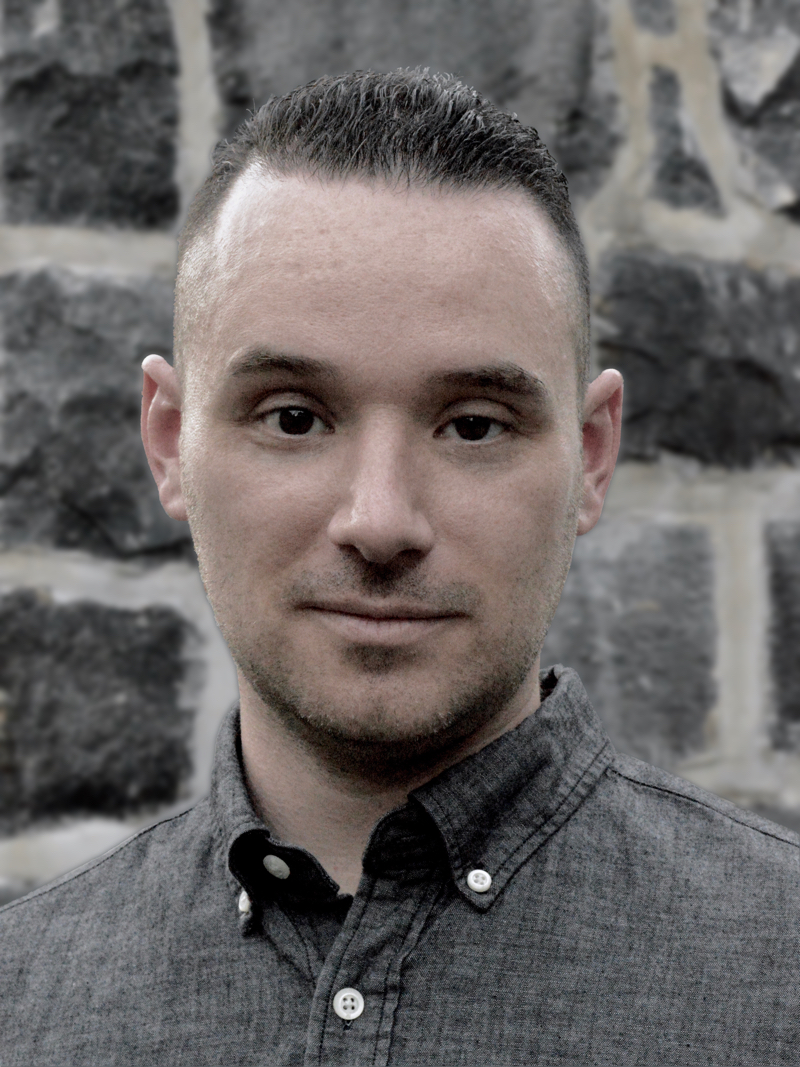 Adam Vidiksis is a composer, conductor, percussionist, improviser, and technologist based in Philadelphia whose music often explores social structures, science, and the intersection of humankind with the machines we build. Critics have called his music “mesmerizing”, “dramatic”, “striking” (Philadelphia Weekly), “notable”, “catchy” (WQHS), “magical” (Local Arts Live), and “special” (Percussive Notes), and have noted that Vidiksis provides “an electronically produced frame giving each sound such a deep-colored radiance you could miss the piece's shape for being caught up in each moment” (Philadelphia Inquirer). His work is frequently commissioned and performed throughout North America, Europe, and Asia in recitals, festivals, and major academic conferences. Vidiksis’s music has won numerous awards and grants, including recognition from the Society of Composers, Incorporated, the American Composers Forum, New Music USA, National Endowment for the Arts, Chamber Music America, and ASCAP. His works are available through HoneyRock Publishing, EMPiRE, New Focus, PARMA, and SEAMUS Records. Vidiksis recently served as composer in residence for the Chamber Orchestra of Philadelphia and was selected by the NEA and Japan-US Friendship Commission to serve as Director of Arts Technology for a performance during the 2020 Olympics in Japan. Vidiksis is Assistant Professor of music technology at Temple University, a founding executive member of the SPLICE Institute, Academy, and Festival, a Resident Artist at the Renegade Theater company, and a founding member of the Impermanent Society of Philadelphia, a group dedicated to promoting improvisation in the performing arts. He performs in SPLICE Ensemble and the Transonic Orchestra, conducts Ensemble N_JP, and directs the Temple Composers Orchestra and the Boyer College Electroacoustic Ensemble Project (BEEP).

Anticipation is a powerful force. In the form of anxiety it can keep us awake at night, writhing in terror and despair; as excitement it can act as a fuel for our most profound achievements. Nightfall Hysteria focuses largely on the former: the self-inflicted wounds we suffer when contemplating some dreaded fate in the dark of night. It is often those events that we are powerless to change that cause us the most aggravation. This work explores these complex emotions in seven parts, correlating to the form of a classical rondo. The work begins with a gradually building feeling of despair, which builds to a terrible climax. The subsequent middle section is a moment of peace, a calm in the middle of the storm. It depicts a contemplation of mortality, and a momentary sense of serenity that comes from realizing that our inevitable fate joins us as one humanity. This gives way to a rising sense of anxiety once again, which taunts and mocks as it builds to a pinnacle of chaotic activity. These terrifying moments fade away as the night ends and the dawn rises on a new day.
synapse_circuit
0:00
What is the voice inside the machine? While computers perform tasks that extend the abilities of our own minds, they increasingly act as independent entities. Synapse_circuit serves not as a direct analogy between these two ideas, but rather as a symbol of human-machine interaction. The computer augments the percussionist’s performance, and improvises sounds based on his or her playing using algorithmic processes in Pure Data. The percussion performance consists of glasses, bottles, and a bowl, which the performer hits, scrapes, blows and sings into. All sounds produced by the computer are derived from the real time performance. Both human and machine performers work from a score, but listen and respond to the performance of the other. Synapses and circuits – human and computer – together find the music inside the machine. This work honors the complexity both of the human mind and its digital counterpart, taking us from wonder, to discovery, to celebration.
Transfigurations
0:00
For ages, the orchestra served as the most advanced tone generator available to the musical art. The history of the orchestra has been one of continual development toward a diversity of timbre, loudness, and register. The computer is the only musical instrument capable of making all sounds discernible by the human ear; it is logical then to bring the computer into the orchestral tradition. Transfigurations combines the vast musical forces provided by these two mediums. All the sounds one hears originate in the orchestra itself live during the performance, except for the last sound. The computer processes these sounds in real time – manipulating, augmenting, and reinventing the performance. As with human musicians, no two iterations of the computer realization are exactly alike. The piece comprises five sections. The first is a fast-paced interplay between the orchestra and the computer, filled with counterpoint and rising to a dark and threatening culmination. In the second part, the flute, clarinet, and computer intermingle and untangle again with interjections from the rest of the full ensemble. The third portion of the work is a hopeful adagio, expanded in color by the computer, which ends in a triumphant outburst. The fourth section is dominated by solo violin and percussion. Both are manipulated to create an dense, metallic texture with threatening interjections from the rest of the ensemble. In the final section, the orchestra takes off at brisk pace, as if trying to outpace the ever-increasing effect of the digital manipulation. It is finally overtaken in a moment of music controlled by the computer and completely transformed from the live performance. As this music fades away, the only sounds not manipulated directly from the orchestra are heard. These chime-like tones are determined stochastically by the computer from the notes of the opening chordal motive. As these play softly fading into the distance, the orchestra enters once again for a final weary statement.